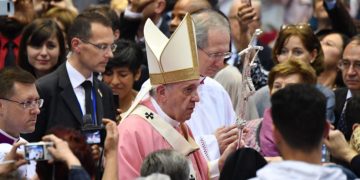 Pope Francis says wound of migrants “cries out to heaven”

Pope Francis says wound of migrants “cries out to heaven”

The Pope said such a wound cannot be healed by physical barriers, making a case for a more compassionate posture towards migrants. 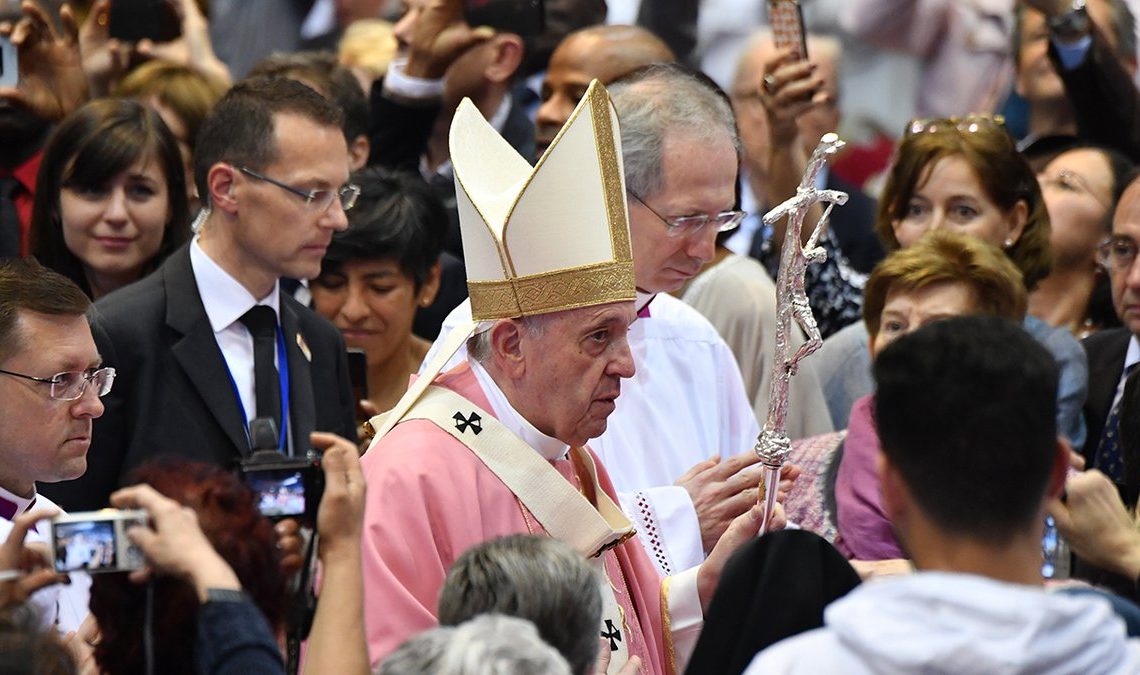 Pope Francis in Rabat cathedral in the Moroccan capital.

Pope Francis has described the plights of migrants as a wound that “cries out to heaven”. He made the comment during his visit to Morocco.

He says such a wound cannot be healed by physical barriers. Francis made a case for a more compassionate posture towards migrants.

On Saturday the Pope said “The issue of migration will never be resolved by raising barriers, fomenting fear of others or denying assistance to those who legitimately aspire to a better life for themselves and their families.”

Francis seems to be making a case against moves by some western countries especially the United States to build a wall to prevent migrants crossing over.

He said “We know too that the consolidation of true peace comes through the pursuit of social justice, which is indispensable for correcting the economic imbalances and political unrest that have always had a major role in generating conflicts and threatening the whole of humanity”.

Thousands of Africans continue to cross over to Europe through Morocco and other Northern African countries in search of greener pastures.

The Pope is hoping resolving economic challenges in poorer countries will be a more sensible approach.

While on board the papal airplane en-route to Morocco, @Lavanga joked with Pope Francis about pulling his hand away from pilgrims in Loreto, Italy. Pope Francis said he was concerned about giving germs to the faithful who attempted to kiss his ring. pic.twitter.com/9P0C1ACxrg

Peace between Islam and Christianity

Francis asked Catholic priests and sisters to avoid converting others to Christianity, instead engage in dialogue and charity.

“In this way, you will unmask and lay bare every attempt to exploit differences and ignorance in order to sow fear, hatred and conflict,” he said.

Francis added that “For we know that fear and hatred, nurtured and manipulated, destabilize our communities and leave them spiritually defenceless.”

Waiting for Pope Francis to say Mass in Morocco. pic.twitter.com/6OYdO8CCoq

The head of the Catholic faith also celebrated a mass for about 10 000 people. Many of those who attended were migrants from sub-Saharan Africa.

Pope Francis was visiting Morocco as the first papal in 34 years.

He praised the Moroccan monarch for providing “sound training to combat all forms of extremism, which so often lead to violence and terrorism, and which, in any event, constitute an offence against religion and against God himself”.

Pope Francis and King Mohammed VI visited the Mohammed VI Institute, that trains Muslim prayer leaders to serve in Morocco and abroad. This is one of the first stops in the pope’s visit to the kingdom.https://t.co/kHA1mK961o pic.twitter.com/nqWLIc4qTL