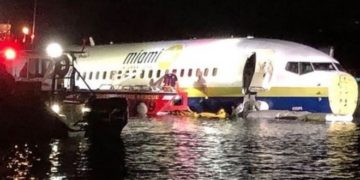 None of the 143 people on board the Boeing 737 were seriously hurt. 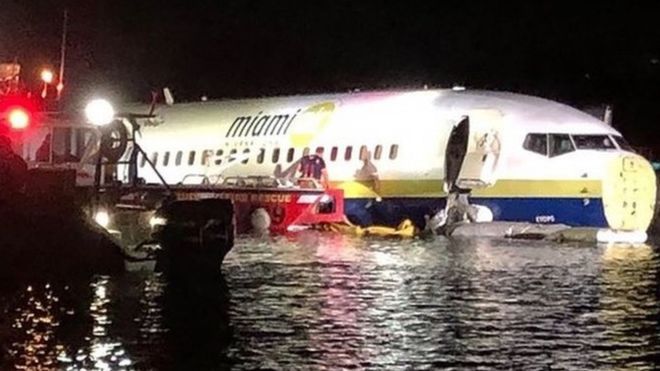 At least 20 passengers were taken to hospital. Photo: Getty Images

A passenger plane has slid off a runway in the US state of Florida, ending up in a river after landing during a thunderstorm.

None of the 143 people on board the Boeing 737 were seriously hurt.

The chartered aircraft, operated by Miami Air International, had flown from Guantanamo Bay in Cuba to a military base in city of Jacksonville .

Passengers say it landed heavily during the storm, skidding into the nearby St John’s River.

Ghanaians fume at local innovator who built a car-plane

At least 20 people were treated for minor injuries.

Passenger Cheryl Bormann told the CNN TV network of the “terrifying” moment the plane slid off the runway late on Friday.

“The plane literally hit the ground and bounced – it was clear the pilot did not have total control of the plane, it bounced again,” she said.

“We were in the water. We couldn’t tell where we were, whether it was a river or an ocean,” she said, adding that she could smell jet fuel leaking into the river.

Listening to quality music is better than sex