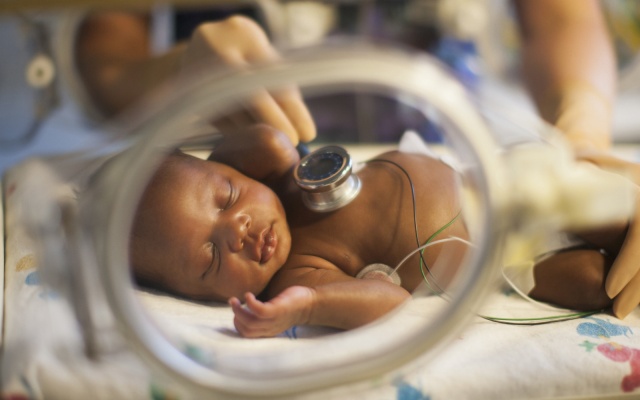 Donatus confessed her crime to the police in Owerri on Thursday. She revealed that she used the proceeds to buy a phone, wrapper and slippers for herself.

Two other persons who assisted Nneka Donatus, to sell her baby were also arrested for conspiracy.

The single mother sold the baby just a day after delivery to another couple in order to raise money for personal spending.

Donatus confessed her crime to the police in Owerri on Thursday. She revealed that she used the proceeds to buy a phone, wrapper and slippers for herself.

Punch reports that the single mother claimed she was not ready to keep the baby girl since she already has five children.

She claimed of intending to use the rest of the money she raised from the sale to start a business.

I have five children already and I am separated from my former husband,” Donatus is quoted as saying.

The suspects are to be put on trial once investigations are concluded.

Local media reports that the suspects were picked up in the lbiasiegbe village of Nigeria’s Imo State.

The couple has three other daughters but decided to sell their latest new born, a boy to another person.

Selling of children is a common phenomenon in Nigeria, where poor parents are willing to sell their children for money.

In some instances suspects lament their inability to take care the babies they decide to sell.