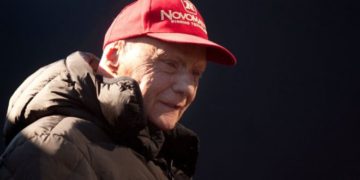 The legendary Austrian, one of the best-known figures in motor racing, took the title for Ferrari in 1975 and 1977 and McLaren in 1984. 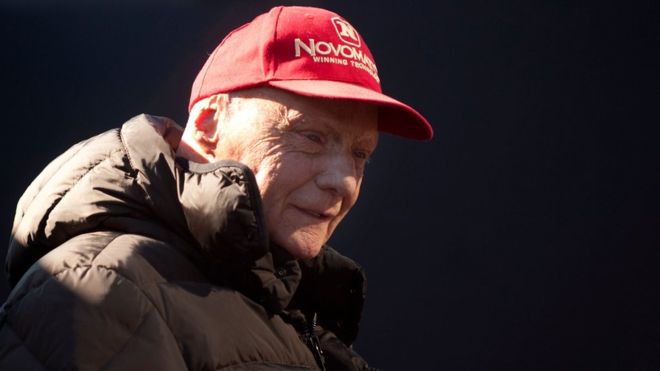 Three-time Formula 1 world champion Niki Lauda has died at the age of 70.

The legendary Austrian, one of the best-known figures in motor racing, took the title for Ferrari in 1975 and 1977 and McLaren in 1984.

For many, he will be remembered for his remarkable recovery and return to racing after being badly burned in a crash in the 1976 German Grand Prix.

Lauda, who underwent a lung transplant in August, “passed away peacefully” on Monday, his family said.

After his career as a racing driver, he became an airline entrepreneur and, most recently, a non-executive chairman for the Formula 1 Mercedes team, instrumental in bringing in British driver Lewis Hamilton, who has won five world championships.

“His unique achievements as an athlete and entrepreneur are and will remain unforgettable, his tireless zest for action, his straightforwardness and his courage remain a role model and a benchmark for all of us,” his family’s statement said.

On 1 August 1976, one year after winning his first title, he suffered third-degree burns to his head and face and inhaled toxic gases that damaged his lungs after his vehicle burst into flames at Nurburgring.

He was given the last rites in hospital but made an almost miraculous recovery and returned to racing, still bandaged, just 40 days later.

British former F1 champion Jenson Button has called him a “legend” while McLaren said Lauda would be “enshrined in our history”.

Lauda’s rivalry with British driver James Hunt, the 1976 world champion, was portrayed in the acclaimed film Rush in 2013.

He underwent two kidney transplants, the second kidney donated in 2005 by his then-girlfriend Birgit Wetzinger, a former flight attendant for his airline whom he married in 2008.

Besides their twins, a boy and a girl born in 2009, Lauda also had three sons from previous relationships.

In January, Lauda spent some 10 days in hospital while suffering from influenza.

Zimbabwe: Fuel prices to be reduced as inflation surges