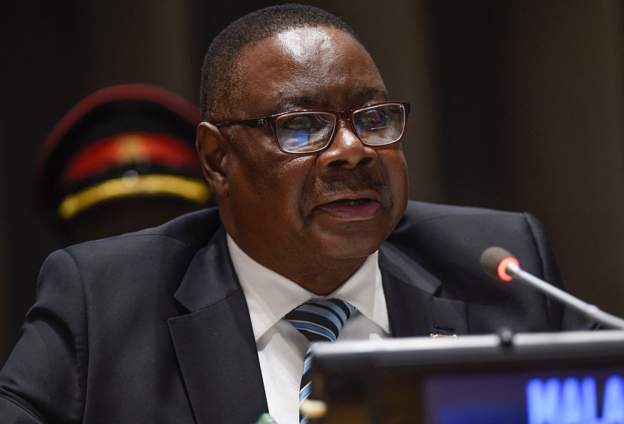 He took his oath of office at an inauguration ceremony in Blantyre, Malawi’s second largest city, promising to tackle corruption.

Malawi’s President Peter Mutharika on Friday was sworn in for a second five-year term after winning a controversial presidential vote.

He took his oath of office at an inauguration ceremony in Blantyre, Malawi’s second largest city, promising to tackle corruption.

Mutharika told his supporters at the event that “The honeymoon is over. If you belong to the DPP (Democratic Progressive Party), you have no right to think that you are above the law or to be defiant to your superiors in the name of the party”.

During his first term in office, he faced alot of questions about his commitment towards fighting corruption.

Mutharika’s statement at the inauguration is seen as the strongest response to his critics who questions his fight against corruption.

The President also pledged to revive the country’s ailing economy during his second term. “We will count it as indiscipline and we will fire you” he said.

“We want a corrupt-free Malawi where our public resources continue to build roads, community technical colleges and buy drugs for the people,” Mutharika added.

Mutharika was declared winner of this month’s election with a 38.57% share of the vote.

But the opposition party leader Lazarus Chakwera who came second with 35.41% rejected the final results.