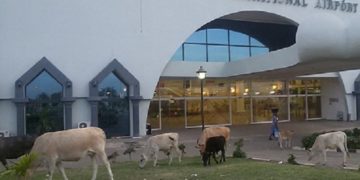 The proximity of dumpsites to the Airport has made it easy for birds like vultures and other creatures to often invade the area. 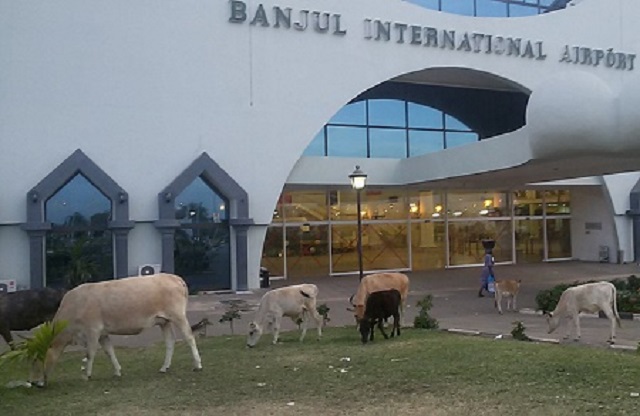 Concerns have been raised over the safety of aircraft and air travelers at Gambia’s Banjul international Airport.

It follows an apparent invasion of the airport by birds and other ruminants due to the siting of dumping sites close to it.

The proximity of dumpsites to the Airport has made it easy for birds like vultures and other creatures to often invade the area.

According to aviation experts this poses a major threat to the safety of aircraft flying from and to the airport as well as travelers.

Gambian aviation officials, fear there could be an imminent bird strike if the issue isn’t addressed immediately.

The airport was closed last month for 48 hours due to the breakdown of an aircraft on the runway. There were earlier reports linking that to a bird strike.

But the director of Strategic Policy and Delivery at the Office of the President Alhagie Nyangado told journalists “We’re reliably informed that the airport is closed for 48 hours but it has nothing to do with the birds strike”.

He revealed that Gambia’s presidency is concerned about looming bird strikes at the airport forcing the government to put up a taskforce to deal with the issue.

Mr. Nyangado reveal that the threats posed by birds and other ruminants at the airport could lead to Gambia being “declared unsafe for landing.”

In the past aircraft have struggled to take-off or land at the airport due to the dangers posed by the birds.

A special adviser to President Adama Barrow, Mai Ahmed Fatty has expressed his concerns about the crisis.

He however blamed Gambians living close to the airport for disposing of their wastes indiscriminately.

Fatty was unhappy with “The manner and way in which we deal with the environment waste disposal attracting birds and other ruminants that affect the smooth operation of our airport”.

“The attitude of our people has to change. We cannot continue to play with the environment especially in important areas like that.I am appealing to communities especially those living in the vicinity to avoid the habit of discriminate waste disposal,” he added.

Gambia’s Banjul airport is surrounded by several settlements such as old Yumdum and new Yundum, Lamen, Brikama, Kubareko among others.

The government has said it is mobilizing trucks and security services officers to deal with the birds.

Authorities intend cutting down the trees the birds use as a habitat. They also intend killing these birds.