Mali: Over 95 people killed after attack on village

Mali has recorded another deadly ethnic attack with at least 95 people reportedly killed in an attack on a village.

Officials in Mali said on Monday that the attack occurred in central Mali, an area inhabited by the Dogon ethnic group.

There are fears the number of deaths could be more. Officials say a search for more bodies in Sobame Da, near Sanga town in the Mopti region is ongoing.

The attackers are believed to belong to a Fulani ethnic group. Fulanis and ethnic Dogon people have been fighting for years now in Mali.

Siriam Kanoute, an official for the nearby town of Bandiagara told Reuters that “Armed men, apparently Fulani, fired at the population and burnt the village.”

“On a population of around 300 inhabitants, only 50 responded to the roll call,” said Dolo.

Mali’s security ministry has confirmed the attack. It however refrained from confirming the identity of the attackers.

“The government of Mali presents its deepest condolences to mourning families and assures all measures will be taken to arrest and punish the authors of this carnage,” the communications ministry said in a statement. 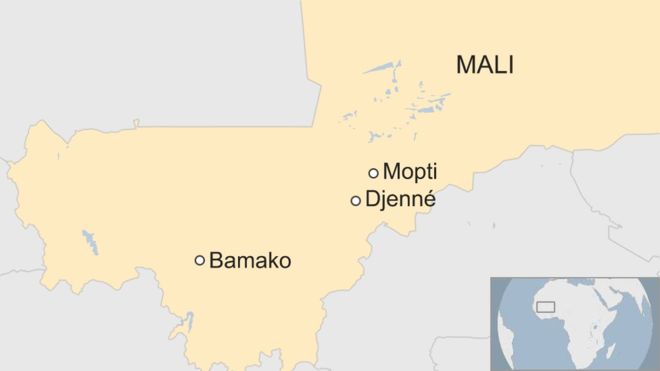 The Dogon hunters and Fulani herders have been carrying out deadly attacks on each other for years.

The Dogon ethnic group has accused the Fulanis of harbouring Islamist militants to carry out violence in Mali.

In March this year gunmen carried out a deadly attack on Fulanis in central Mali killing killed more than 150 Fulani.

Mali continues to suffer from attacks carried out by militant groups. Inter-ethnic clashes have also taken a toll on the country.