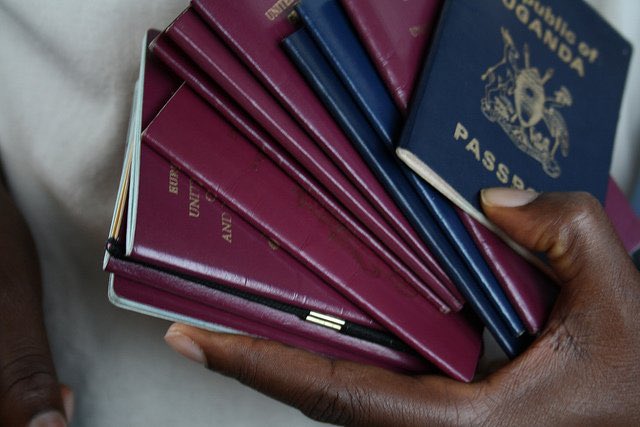 In recent years countries like Ethiopia and South Africa have all made moves to remove visa restrictions for African citizens.

Only 25 % of African countries no longer require visas for African citizens.

A new Visa Openness Report in Africa has revealed that majority of African countries are still unwelcoming to Africans.

That policy means many Africans struggle to travel freely across borders on the continent.

So far only 25 percent of African countries no longer require visas for African citizens.

But 24 percent do grant African citizens visas upon arrival in their countries.

The report put together by the African Union and the African Development Bank ranked Benin and Seychelles top of the Index.

These two countries offer visa-free access to all Africans without conditions.

Benin is only the second country on the continent to offer visa-free access to all African countries and the first Francophone country to do so.

Rwanda has also moved up the rankings to No. 3 after improving access for nine countries on the continent.

Africans enjoy liberal access to Rwanda, with no visa required for 15 countries and visa on arrival for 38 countries.

In recent years countries like Ethiopia and South Africa have all made moves to remove visa restrictions for African citizens.

Last year South African announced that it wants to review its visa policy to attract more tourists. Meanwhile Ethiopia has said it will now allow Africans to travel to the country without requiring visa.

The reports said although progress is being made by many African countries to be open to other African citizens more work is needed.

“The fact that Africans still require visas to travel to just over half of other African countries shows more progress is needed to realise free movement of people continent-wide,” the reported noted.

The Deputy head of the African Union Commission, Kwesi Quartey said “A visa-free Africa is not only possible, but vital.

At the foundation of Africa’s collective vision is the need for Africans to have right of entry across Africa, in terms of visa-free access to other countries, and an African passport for all.

The signing of the Free Movement Protocol is a strong indication that this is within reach.”