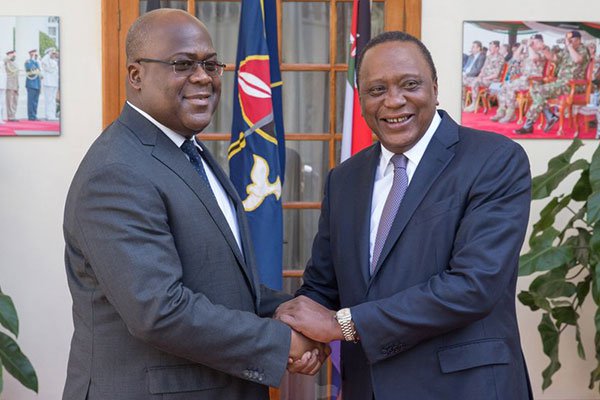 The bloc has been key in boosting trade within the East African sub-region.

The last country to join the bloc was South Sudan in 2016.  But Somalia’s application for admission has been halted due to instability in the country.

DR Congo has vast natural resources but conflicts have impacted negatively on its economic potentials.

President Tshisekedi this week wrote to his Rwandan President Paul Kagame, the current chairman of the EAC, seeking to join the Community, according to Daily Nation.

Since assuming the role of President, Tshisekedi has been making efforts to seek external approval and support.

He has been visiting many African countries to strengthen relations with countries like Kenya, Rwanda and Uganda.

Tshisekedi this week paid a visit to Tanzania and plans doing same over the coming months.