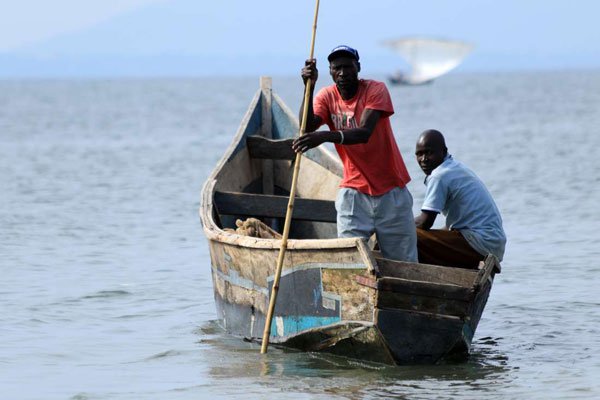 Fishermen from Kenya’s Budalang’i and Funyula constituencies have claimed that Ugandan policemen have on countless occasions forced them to eat raw fish as punishment.

Daily Nation reported that the Uganda officials subject the fishermen to this kind of punishment for “crossing boundaries in Lake Victoria and using illegal fishing gear in Ugandan waters.”

Those arrested are reportedly taken to camps on an island on the Ugandan side and force them to eat their catch.

In some instances boats, engines, fishing gear and harvest belonging to the Kenyan fishermen are confiscated.

The fishermen also allege that they are sometimes forced to “carry luggage on their backs and forced to go up and down the island hills several times.”

One fisherman is quoted by Daily Nation as saying that “It is inhumane for Ugandan officers to subject us to eat raw fish at gunpoint.”

“They also take away and destroy our boats and nets yet we have spent a lot of money to purchase the gear,” he added.

The fishermen are now urging the Kenyan President Uhuru Kenyatta to engage his counterpart in Uganda Yoweri Museveni to end the harsh treatment.

Many African countries share borders along their waters and it has often become difficult for fishermen to identify such border lines.

But with the surge in illegal fishing in some African countries marine police officials are also deploying new strategies to combat illegal fishing methods in their waters.

Why Tanzania wants to punish a boxer