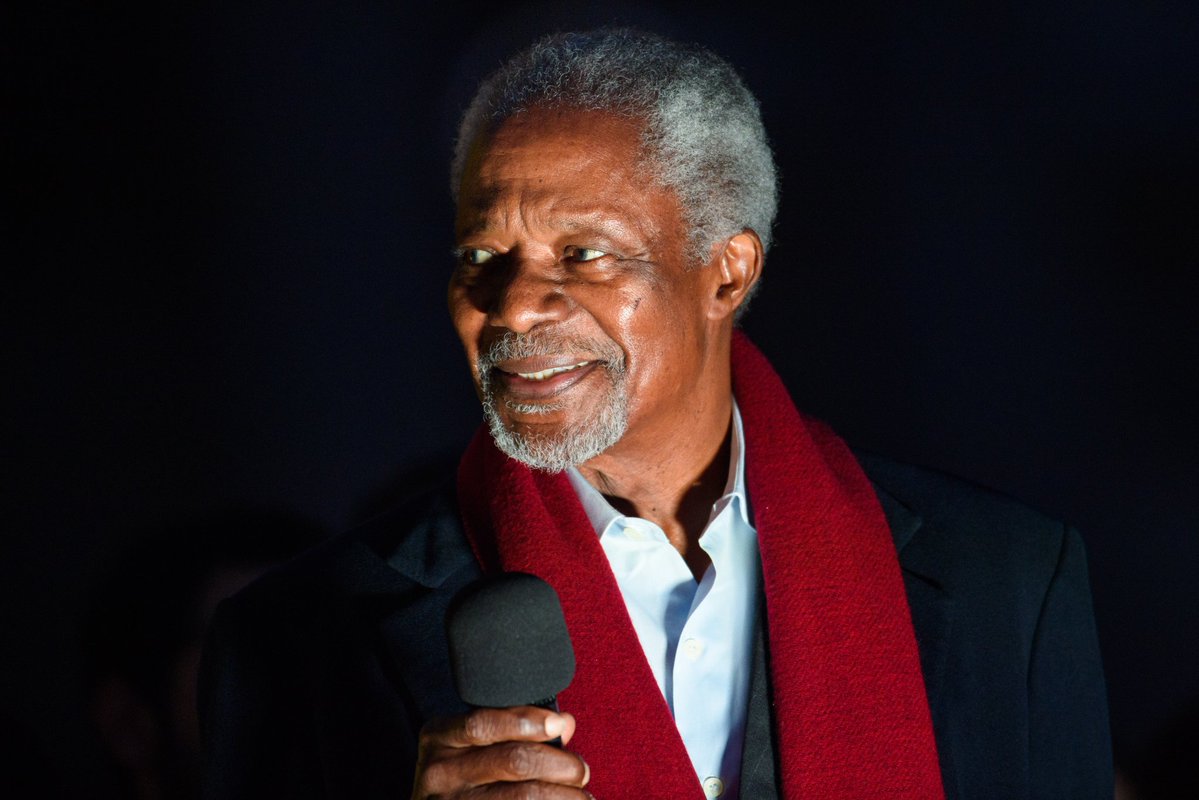 Former Secretary-General of the United Nations, Kofi Annan has been posthumously awarded the 2018 ECOWAS Prize of Excellence.

They were all awarded for their contributions to the sub-region’s well-being.

The recognition was announced at the 55th Summit of the ECOWAS Authority of Heads of State and Government in Abuja.

The awards were received by representatives of the families of Kofi Annan and Dr. Adadevoh together with Acogny on Saturday.

Madam Germaine Acogny, a Senegalese dancer and choreographer was also awarded responsible for developing African Dance and the creation of several dance schools in France and Senegal.

He served as the seventh Secretary General of the UN from January 1997 to December 2006.

Adadevoh was also renowned for her contributions towards curbing the spread of Ebola virus in Nigeria.

Nane who spoke on behalf of the recipient said “Thank you for this generous recognition of the immense contribution to the objectives of ECOWAS by my husband and dear friend.”

“I would also like to thank ECOWAS on behalf of the two other laureates, two outstanding women of West Africa, the late Dr Ameyo Adadevoh (for) her selfless sacrifice to curb the spread of Ebola in Nigeria.

And Madam Germaine Acogny for the quality and richness of your artistic production,” she said.

Meanwhile this weekend’s ECOWAS heads of state meeting is considering issues relating to insecurity, good governance, trade policies and political stability in the sub-region are up for discussion.

The issue of a single currency is also on the agenda.

Last year the regional bloc said it was not sure about it’s 2020 deadline for the introduction of a common single currency.

The three primary criteria that are being used are a budget deficit of not more than 3 percent; average annual inflation of less than 10 percent with a long-term goal of not more than 5 percent by 2019.

The three secondary convergence criteria that have been adopted by ECOWAS are public debt or Gross Domestic Product of not more than 70 percent.