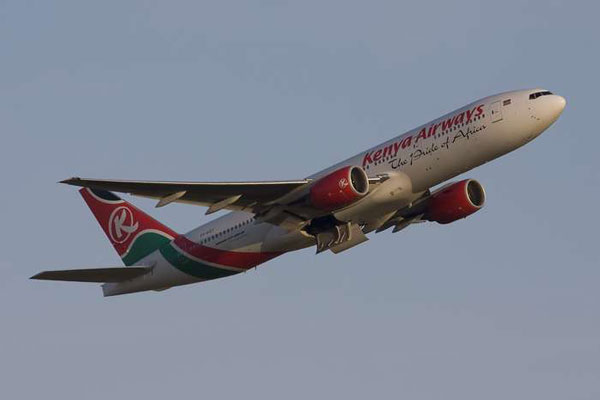 Kenyan Airways officials have confirmed that a dead male stowaway fell off one of its planes on Sunday just before it landed at London’s Heathrow Airport.

The KQ Flight 100 was travelling from Nairobi to London, according to a statement from the company.

Its often takes mine hours for such a journey from Nairobi to London.

London’s Metropolitan Police was reported to have informed the airline about the body falling off the plane’s landing gear moments before landing.

The airlines statement recounted that “On June 30th at approximately 1541hours (UK time), a body of a yet to be identified male stowaway landed in a garden in the Borough of Lambeth, South London, suggesting that the stowaway was hidden in the undercarriage of the aircraft. The owner called the police who tracked the flight radar to KQ Flight 100”.

“The incident has been treated as a sudden death and is now a police matter,” the statement further said.

There has been a challenge in identifying the deceased but police in London are said to have contacted the Kenyan high commission for assistance.

Officials said a search carried out on the plane revealed a bag with food and clothes stashed at the rear left landing gear.

There have been concerns in Kenya about the high levels of unemployment among young people.

Kenya like many African countries have issues with youth unemployment with millions idle without a job.

Many of such young people are constantly finding ways of traveling abroad especially Europe and America for greener pastures.

Just last month a multitude of young and unemployed Kenyans attended a job interview at Eka Hotel in the capital Nairobi for only five vacant positions.

A recruitment agency had advertised for vacant positions of waiters and waitress.

Why Kenya wants to ban use of phones for online betting