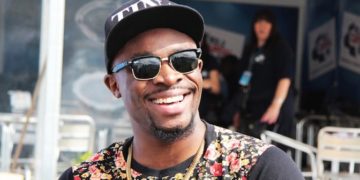 He is best known for his 2013 single “Antenna” which peaked at number 7 on the UK Singles Chart.

He also featured in Major Lazer’s “Light It Up” which also peaked at number 7 on the UK Singles Chart.

On Friday he was the headline act for the closing ceremony of the Africa Cup of Nations tournament in Egypt.

Fuse did not disappoint performing to the best of his ability and making the continent proud.

CAF has described his performance as a “class” act, saying “this is what Africa deserves. This is how we #CelebrateAfrica”.

Here are highlights of his performance that night.

The #TotalAFCON2019 closing ceremony, lead by @FuseODG was class 💫

This is what Africa deserves. This is how we #CelebrateAfrica. pic.twitter.com/clRuoO1t6s