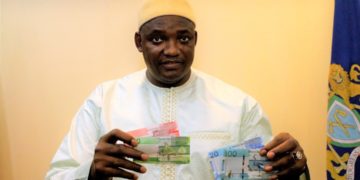 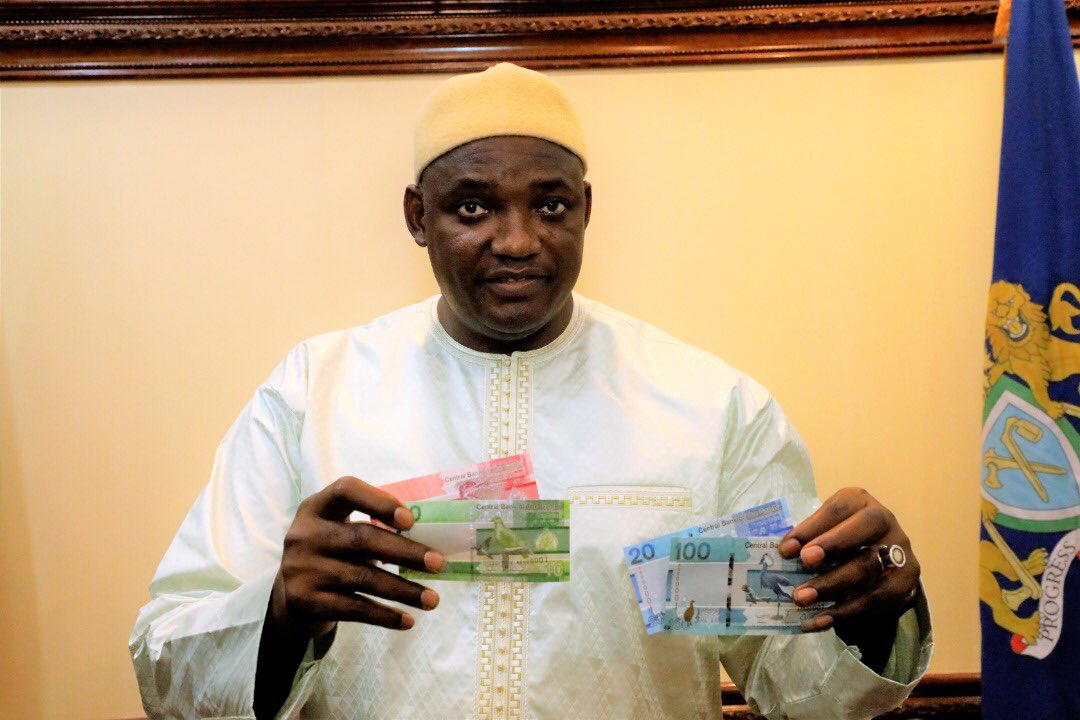 Gambia on Tuesday officially released new bank notes that will be without the portrait of the former President Yahya Jammeh.

The notes have now been released to the public through commercial banks.

Gambia uses the dalasi and has been in circulation since independence in 1965.

Yahya Jammeh who was forced out of office in 2016 use to have his pictures all over Gambia currency banknotes.

But in an attempt to wipe out his legacy many considered unhealthy, the current government initiated steps to replace all banknotes with his portrait.

New Bank Notes Will Start Circulating Tomorrow – @BarrowPresident received a delegation from the Central Bank of #Gambia, headed by the Governor Bakary Jammeh, who was at the presidency to present to him new banknotes https://t.co/XGpc1Jjcji pic.twitter.com/mPcpbQ8RIt

Gambian officials say the aim was to also reduce the sizes of the national currency notes to achieve efficiency and introduce new security features.

The new notes now bear features considered representative of The Gambia. New features include various bird species in the country and historical sites.