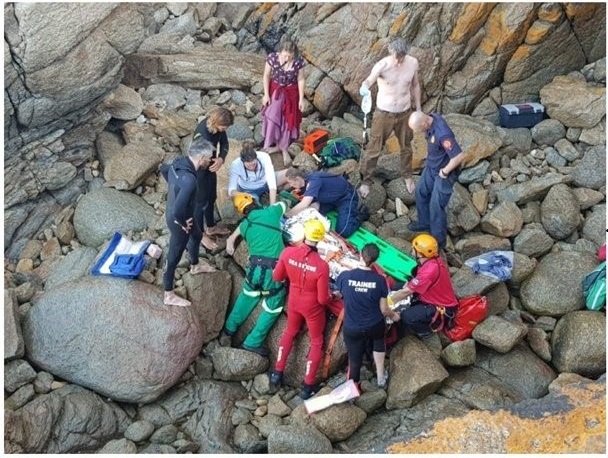 A man in South Africa reportedly survived after falling off a rocky cliff face at Victoria Bay, near George on the Garden Route.

The man is reported to have slipped off the rock while climbing it, the National Sea Rescue Institute (NSRI) said on Sunday.

His girlfriend raised the alarm on Saturday afternoon, alerting local surfers before a reports was made to the NSRI.

Spokesperson for NSRI, Craig Lambinon was quoted by News24 as saying that “While responding to the scene it was confirmed that a male had fallen down rocks and he was not in the water but injured at the foot of a cliff face in a gully near to the water’s edge”.

The man is currently in stable condition according to officials thanks to a private doctor, who was on holiday and happened to be in the area at the time.

The doctor helped to stabilize the injured 30-year-old. Doctors say he is expected to make full recovery.

“The EMS/AMS Skymed rescue helicopter was activated to assist with the patient extrication from the barely accessible terrain,” Lambinon said.