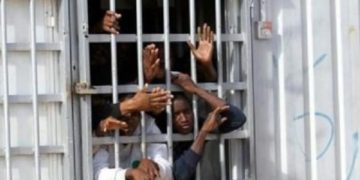 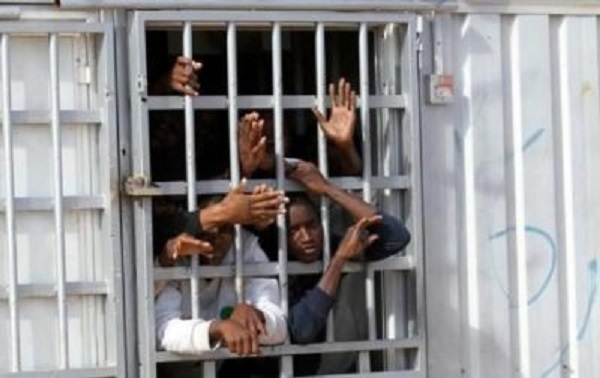 Three Africans have been arrested for torturing migrants in a detention centre in north-west Libya.

The men, a 22-year-old Guinean and two Egyptians aged 26 and 24, are believed to be part of a group that kidnapped and mistreated dozens of people.

According to a Reuters reporting, the judicial order on these Africans revealed that several migrants detained in the former military base of Zawyia recognized these suspects as their former jailers among residents of a migrant registration centre in Sicily.

The judicial document quoted one migrant telling magistrates that “I have been beaten several times. I suffered real torture that left scars on my body… I was whipped with electric wires.”

Some of the migrants also revealed that they were kept in a prison surrounded by high walls.

They claimed people were separated according to their sex or ethnic group and guarded by armed men.

A Libyan man called Ossama was said to be the head of this detention centre where the torturing took place.

“Ossama is the most ruthless… due to the torture practised, (he) was responsible for two murders of two migrants,” another migrant told investigators.

According to the accounts of the migrants, women were systematically raped and prisoners were allowed to call their families to ask for payment in return for their freedom.

Those who did not pay were often killed or sold to human smugglers.

Luigi Patronaggio, chief prosecutor of the Sicilian city of Agrigento told reporters “This investigation… confirms the inhumane living conditions in Libya’s so-called detention centres, and the need to act, including at international level.”

Libya and other north African countries have become a major transit point for migrants hoping to reach Europe for greener pastures.