Serena Williams has revealed why she has a big butt in a tweet. The American is often admired by some of her fans for her physical outlook including her butt.

Serena is a big proponent of the “Strong is the new skinny” movement, favoring flexing biceps over minuscule waistlines.

Her thick, burnished legs look amazing when revealed in a bikini dress.

The 23-time Grand Slam singles champion believes that it is important to give confidence to the next generation to own their personalities with pride.

She said in a recent interview with TIME that “Giving them [other women] that confidence, that motivation, is something that has literally never been done.”

According to Serena Williams “You don’t let the world decide beauty. And me being thicker or whatever, I mean, curves are popular now. Butts are popular. I’m trying to lose mine, and people are trying to get mine.” 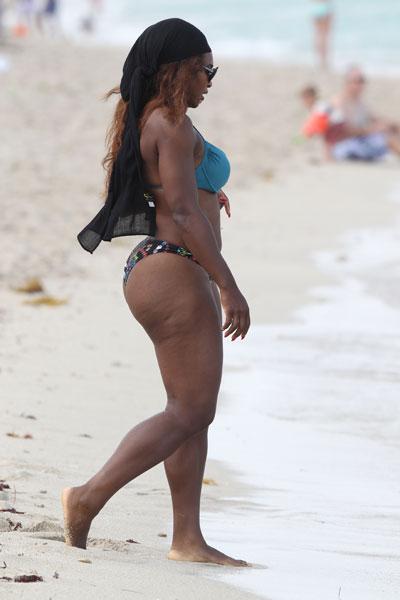 In a tweet she revealed that she may have found why her butt is that big. The secret according to her could be from the eating of popcorn.

She said in a tweet that “I think popcorn is making my butt bigger”.

I think popcorn is making my butt bigger. ??

Shortly after posting that tweet, her fans took turns to react.

what brand? i’m trying to see something ?

Serena, I think I can speak for the masses. Please eat on ????

In July this year Serena Williams said that she received a lot of criticisms for her curvy body shape.

The super star athlete also admitted that besides being “bodyshamed”, she has also been “paid unequally” because she is a woman.