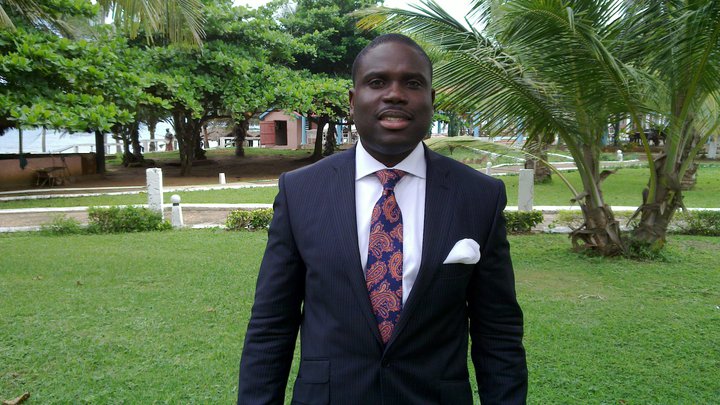 In the United States of America, only about 20% of Standard & Poor’s (S&P) 1500 companies have a split leadership between a CEO and an independent chairman. “Half of the chairs of the S&P 500 double as their companies’ chief executive, and the vast majority of the rest are former CEOs”.

In 2004, under the chairmanship of Jay Lorsch and David Nadler, a blue-ribbon commission chartered by the National Association of Corporate Directors and made up of directors, corporate executives, academics, advocates and advisers concluded among others that based on their research and experience, “the separation of the chair and CEO roles is not a requirement for effective board leadership”.

However, even in the U.S. owing to the financial crises of 2000 and later 2008-09 there have been vociferous calls for separating the role of the CEO from the chairman. As a consequence, “organizations that rate the quality of pubic company governance give higher grades to companies that separate the position”.

Section 972 of the Dodd-Frank Act “requires companies to disclose publicly their board leadership structure (combined or separate CEO and chairman) and explain the reasons why that structure was chosen”.

Supporters of the split roles do not advocate a mere split. They demand that the board chairman should be an independent and non-executive (and preferably uninterested) director.

This true independence is necessary “to meet the independence guidelines of Sarbanes-Oxley, which means that CEOs who move into the chair position upon retirement would not be considered legitimate independent leaders of the board”.

This call is intended to make a clean break from the history of corporate America where boards tended to be controlled by an overbearing CEO who gathered friends, cronies and mostly inside directors onto boards and even sometimes referred to the board as, “my board” in a proprietary sense. That phenomenon culminated in the question: “how can a CEO who sees the board as his or her “boss” serve as the boss of that very same board?”

To David Nadler, independent board leadership helps with managing the work of the board, managing the performance of individual directors, creating a sounding board for the CEO, building an early warning system and enabling the board to act independently when needed.

To him, the independent chairperson provides additional advantages such as increased clarity of board leadership, greater capacity for external representation, greater credibility for internal communication, easier transition of authority in the case of a disabled CEO and greater durability.

He however warns about the potential risks that an independent chair may pose: she may become a dominating figure that disempowers the CEO and possibly the other directors, fosters micromanagement or inappropriate interventions and may lack initiative thereby rendering the whole idea of independence redundant.

In the end, he opines: “it is the dynamics, rather than the mechanics, that are important”. To achieve the ideal, he advocates choosing the right person, someone with business acumen, credibility, interpersonal skills, leadership skills, appropriate motivation and ultimately compatibility with the CEO.

To Stanislav Shekshnia, “that division can create another problem: When the chair is not the CEO, there’s a real danger that he or she will start acting as an alternative chief executive, sowing conflict and confusion among the firm’s top managers”.

It must be pointed out that the separation of the roles of CEO and board chair has not received universal approval and practice. Indeed “in the early 1990s, as the first rumblings of board independence and empowerment were being heard, Jay Lorsch and Marty Lipton proposed the idea of creating a new job – the lead independent director”. “In doing so, they identified an alternative structure – one that created independent leadership but stopped short of splitting the CEO and chair roles”.

Those who prefer the lead director option, including Raymond Gilmartin, argue among others that “a lead or presiding director can be a more effective leader than a separate chairman because the lead director can perform similar duties to a separate chairman without becoming a second power center on the board who has the potential to dominate not only the CEO but also the other directors”.

When the idea was first mooted however, some experts observed that “some top managers reacted negatively to the idea of a lead director for fear that this individual, like a separate Chairman, could attempt to usurp some of the functions of the CEO and/or management team”.

As institutional investors, academics and corporate governance advocates persisted in their call for companies to either split the roles of CEO and board chair or appoint lead directors, some opted for the latter option.

In the last fifteen years or so, lead directors have become more accepted in the U.S. and have “taken on a more complicated portfolio of responsibilities”.

It is believed that in the future lead directors will play a more involved role particularly with respect to CEO evaluations and succession, shareholder communication, major transactions, crisis management and board development.

Although the choice between the split roles of CEO and board chair as against the lead director has not received universal acclaim, there seems to be agreement that the decision “is situational and a reflection of a company’s circumstance”.

This debate has not received much attention in company law discourse in Ghana. At the level of the 1992 Constitution, Article 285 generally separates the role within the public sector but makes an exception for the Governor of the Bank of Ghana under Article 183(4)(b). As has been explained, this exception does not necessarily offend against the notions of corporate governance. It is a matter of choice for a polity.

If Ghana decides to change this position it must be based on a reasoned decision to exercise a national preference not on an idiosyncratic claim of corporate governance breach.

In general, company law in Ghana does not insist upon a separation although in practice, the tendency has been to separate the roles.

Within the banking space however, drawing on its powers under the Banks and Specialised Deposit-Taking Institutions Act (Act 930), the Bank of Ghana (BoG) in its Corporate Governance Directive (2018) provides categorically that “the positions of the Board Chair and the Managing Director/Chief Executive Officer shall be separate”. It also provides that “the Chairperson of the board shall be an independent non-executive director”.

What is your informed view regarding the Constitution’s exception for the Governor of the BoG?

This is an extract, edited for newspaper publication purposes, from the author’s forthcoming book on corporate governance. The author is a lawyer and corporate governance consultant. He holds a Master of Laws (LL.M.) degree in Corporate Law, Finance & Governance Concentration from Harvard Law School with cross-registration in Boards of Directors & Corporate Governance at Harvard Business School.