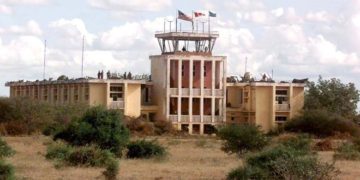 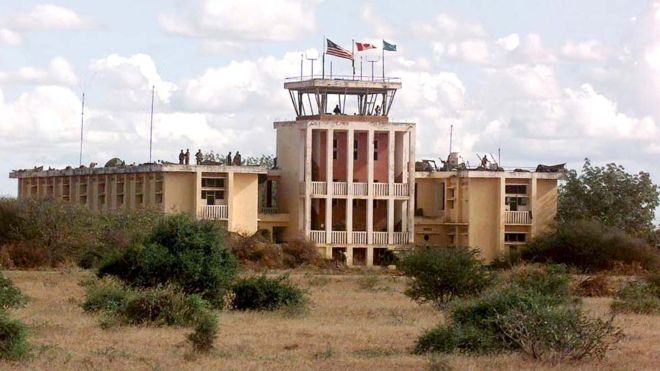 The Baledogle base, pictured here in 1992, is used by US troops to train commandos. Photo: ALAMY

Jihadists in Somalia on Monday carried out an attack on a U.S. army base used by it’s special forces to train Somali commandos.

The militants also in a separate incident attacked an Italian military convoy as well in the capital Mogadishu.

Officials say no casualties were reported in both attacks.

The Baledogle base was serving as a training base for Somali forces and housed Ugandan peacekeepers.

Somali based militant group, al-Shabaab said it carried out the attack.

“In the early hours of Monday morning, an elite unit of soldiers from Harakat Al-Shabaab Al Mujahideen’s Martyrdom Brigade launched a daring raid on the U.S. military base,” the group said in a statement.

It added that “After breaching the perimeters of the heavily fortified base, the mujahideen (holy warriors) stormed the military complex, engaging the crusaders in an intense firefight.”

In a statement the U.S. embassy said “The security forces stopped this ultimately failed attack due to their alertness and swift response, not allowing the attackers to breach the outer defensive perimeters of the base.”

The attack however exacted an impact on houses of U.S. special forces, who supervise Somali forces on operations.

Abdullahi Nur said the incident show that the militants “have a high intelligence and a degree of capability just to get close to that place”.