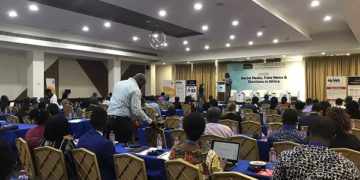 Summit on social media and fake news opens in Accra

Summit on social media and fake news opens in Accra 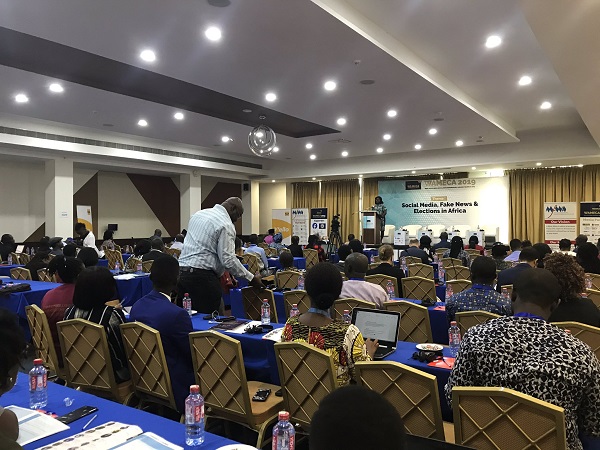 The event opened in Accra, Ghana.

Organized by the Media Foundation for West Africa, it is creating the platform for discussions around social media, fake news and elections in Africa.

Discussions at the conference will lead to making key recommendations for good governance and media development.

Sulemana Braimah, Executive Director of the MFWA told the opening session of the conference that “Security forces play a key role in ensuring integrity during elections.”

He stressed their important role in creating enabling environment for people to participate in the process.

Advocate Pansy Tlakula, Chairperson of the Information Regulator of South Africa and immediate past Chairperson of the African Commission on Human and Peoples Rights who opened the conference said “The absence of information in all aspects of the electoral process fosters lack of trust and can pose a threat to peace, security and stability.”

Akua Gyekye, Public Policy Manager, Africa and MENA Elections at Facebook joined the conversation saying “Facebook has done a lot since 2017 to protect the integrity of elections here in Ghana and across the world and we work to limit the spread of misinformation.”

The goal of Facebook in elections is to make it harder to interfere with elections on Facebook, and easier for people to make their voices heard in the political process.”

Hundreds of participants from across the continent are attending the event which will end on Saturday with an awards night.

The Awards competition received over 700 entries from across 15 West African countries. 21 finalists from six countries have been shortlisted to be honoured at the Awards event.

The event is also supported by over 50 media partners across West Africa including Africa Feeds.