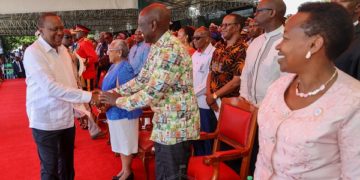 Kenya: Civil servants to wear locally made outfits on Fridays

Kenya: Civil servants to wear locally made outfits on Fridays 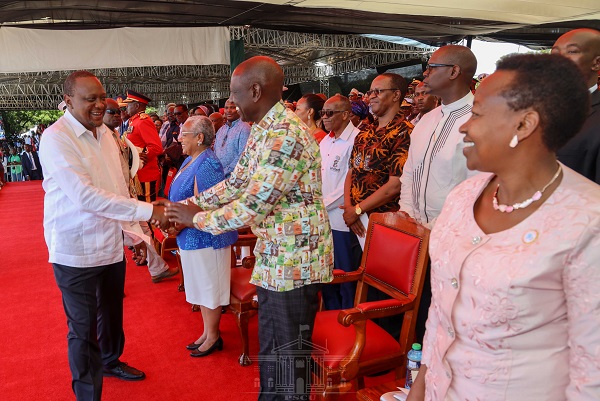 President Uhuru Kenyatta and other government officials are leading by example. Photo: Twitter/@StateHouseKenya

Kenya’s government has ordered civil servants to wear made-in-Kenya outfits to work on Fridays and during public holidays.

In a circular from the office of the Attorney General, all government staff were required to wear the locally produced outfit to boost the manufacturing sector of Kenya.

The circular reads in part that “Pursuant to the achievement of the Big 4 Agenda and specifically the expansion of manufacturing by producing better goods and creating local employment, I direct that all members of staff shall on all Fridays be dressed in decent, smart casual Kenyan-produced and tailored attire.”

The circular was signed by Solicitor-General Kennedy Ogeto. Boosting the manufacturing sector is reportedly important for President Uhuru Kenyatta.

The major task now is how to enforce the new directive at all government institutions.

Already the president and his government officials are leading by example after they were seem during Mashujaa Day celebrations on Sunday in Mombasa wearing locally produced print.

President Kenyatta had in the past noted that “For the government to lead by example, I urge all public servants to wear at least one piece of garment made in Kenya on Fridays.”