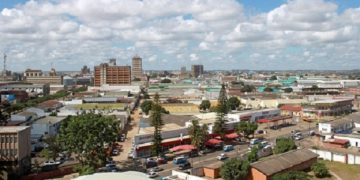 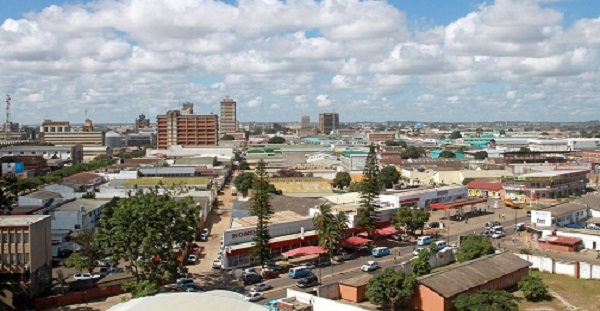 Kombe Kapema has lived in Zambia’s capital, Lusaka, for over three decades. Over the years, he has witnessed how the face of the city has gradually changed from one that was characterized by greenery to what he now describes as a concrete grey jungle.

This is because of the amount of construction activities that have been going on in recent years, resulting into a lot of trees having been cut.

Construction Across The City

Whereas past construction projects have mainly involved the building of such infrastructure as shopping malls, office parks and housing estates, recent years have seen a lot of road construction and expansion.

In the process, a variety of huge trees that have all these years lined the streets and beautified residential areas, are being uprooted, causing Lusaka to cease being viewed as  a ‘Garden City, it has always been known to be.

Zambia: Inflation set to sky-rocket as utility tariffs shoot up

As much as most citizens, appreciate that more and bigger roads will help to decongest the city and make movements, easier, a number feel it is not necessary to extend this to residential areas, at the expense of the greenery.

Kapema casts his mind back to over 10 years ago, when he would take walks under the trees lined along the roads, from one township to another, saying he used to enjoy the view, while being shielded from the scorching sun.

“There were even some spaces which only had parks, with nice plants, but now, all you see are buildings. Most of the trees are gone. Yes, we need roads, but not all need to be expanded, as this diminishes the beauty of the city” he laments.

Quentin Allen shares similar views and further points out that, the stumps are all that is left of beautiful waving fronds that brought beauty to Lusaka roads.

“It’s no longer a garden city,” he says.

Chisha Simuyemba, equally using the term ‘concrete jungle’, to describe what Lusaka is being transformed into, cites prominent roads, such as Addis Ababa, Nangwenya and Makishi, as some, whose trees have in recent months been uprooted and appearance degraded, due to road expansions,

“Where is the greenery? It pains me to see that our natural trees are replaced by wide roads!,” he cries out.

Enoch Mayanda, is worried that many citizens don’t seem to care about this development.

He says, despite seeing how the current road works in such areas as  the great east road, Acacia Park, Arcades shopping mall and East Park Mall , have resulted into  massive loss of vegetation, that was giving a beautiful look to the areas  in question, most residents just  give it a blind eye.

“The gardens have been removed, wiped out. As Zambians, we need to wake up and condemn such acts,” Mayanda pleads.

The way Kapema sees it, expansion of roads is not the only way to decongest roads, but repairing existing ones that are in bad state can help, as motorists shun the bad roads and end up crowding the few good ones, thereby causing congestion.

“There are a lot of roads that are in bad state. If they are repaired, then that would lesson congestion,” he proposes.

Simuyemba adds that the local authorities need to refocus their energies to creating systems that support both development and nature, saying as much aps citizens need to appreciate development, the country needs to equally be mindful of the environment.

The local authorities are aware of such concerns and have since decided to embark on a tree planting  project, hoping it will make up for what has and is being lost.