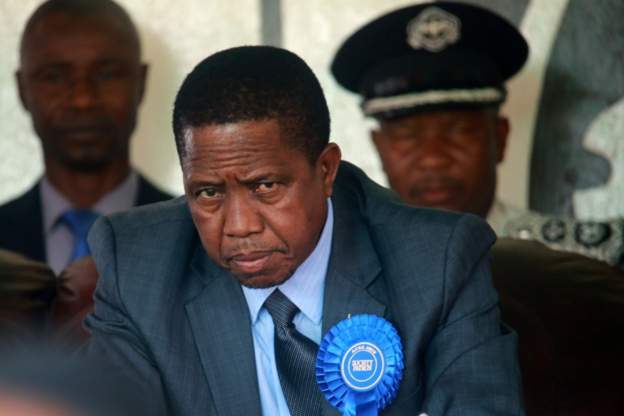 The Zambian parliament’s decision to table a contentious bill, towards amendment of the country’s constitution, recently resulted in a lawsuit by the Law Association of Zambia (LAZ), civil society and other stakeholders, who want the bill withdrawn, saying it would make Zambia, a constitutional dictatorship with an already powerful President made even more powerful.

If passed, petitioners observe, the Constitution Amendment Bill No. 10, popularly known as ‘Bill 10’, would among other provisions, enable parliament to increase the numbers of Members by simple vote, parliament would not be dissolved ahead of an election allowing Ministers and Deputy Ministers to use public money to campaign and that the house would have no say in debt contraction, the Bank of Zambia would have no control over monetary policy (Cabinet can begin to print money with no central bank control).

They add that the total number of Ministers and newly reinstated Deputy Members  is proposed to be removed, allowing for a bloated Cabinet and pressure on an already stressed treasury, that the bill seeks to stop parliament from inquiring into the physical and mental condition of the president and that it seeks to remove presidential tenure limits, which  would be synonymous to having a  life president.

The bill opposers further claim that none of the contentious proposals have citizen backing, going against repeated submission by Zambians, to the contrary to constitutional review commissions.

Zambia: Inflation set to sky-rocket as utility tariffs shoot up

However, despite the serious nature of this issue, to the country, there doesn’t seem to be much interest or solidarity from a good number of Zambians, something that worries lawyers, such as  Linda Kasonde, who is also former LAZ president.

She observes that “this is the most  important case in the history of Zambia after [late politician], Harry Mwaanga Nkumbula tried to stop Zambia from changing into a one-party state in 1972 and yet the court gallery is empty”,

Some Zambians spoken to, attribute  this apparent lacklustre stance to  ignorance or  fear of victimisation.

For example, Mathew Muchu notes that even though  the majority of Zambians feel that these amendments are not good for the country, it seems they  can’t express  their views in absolute freedom without fear of being harassed by political cadres or those supporting the sitting government.

“ We the citizens are voiceless especially in this matter, but some have been brainwashed and can’t see the negative impact this bill will have on our constitution. Some of those supporting it are doing it without thoroughly understanding,” Muchu says. “We do have a serious issue of ignorance in this country, someone will accept a bag of mealie meal to eat for less than a month and cast a vote to support an idea or a person that will destroy the country for 5 years,” he adds.

Samuel Chipazi, a youth who works with young people in slums, equally puts it down to ignorance, adding that civil society and stakeholders have not done enough sensitisation about the issue.

“Most Zambians especially the young people don’t understand what is contained in this bill ,those pushing for it are too smart such that they don’t want to simplify the content so that it can be fully understood by the majority Zambians, For example we work with young people in slums some of them they don’t even know what is going on, “ says Chipazi.

The solution he says, is for all involved to translate the content into a lay man’s language : “I feel civil society organization that mean well can help with this important issue. Simplify it so that every Zambian can understand the content fully.”

But Lawyer, Elias Munshya, thinks the lack of interest could just be that the public  have a general feeling of apathy and don’t seem to be interested in politics.

He equally adds that lack of communication could also be one of the reasons, saying,  many Zambians and Lusakans do not know that Zambian courts are open to them.

“There’s need to communicate this to the people so that they know that they can attend court freely. Very few people even know the dates for the Bill 10 hearings. That could explain for the apathy,” says Munshya.

Munshya, however observes that despite some sectors lack of interest, it is still important to recognise and appreciate whatever  interest is shown by other citizens, in order to encourage more participation.

“ we could sense some interest in many quarters. And that interest must be recognized and appreciated. Several Zambians, including myself, continue to bring viability to this issue. I’m hopeful that as we continue to recognize those efforts, we will continue to encourage and inspire more engagement,” Munshya argues.

“I have written variously regarding Bill 10. It is a Bill that if passed will fundamentally affect the future of Zambian democracy. I remain hopeful that parliament will reject it; and if not, that the courts are going to push back.” He concludes.