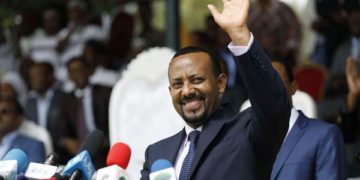 Abiy Ahmed will not talk to the news media when he is in Oslo next week to receive his prize.

His decision has attracted criticism from the award committee, which has asked that he reconsiders his decision since a free and independent press is vital.

It is a tradition for prize winners to engage the media, although Abiy will not be the first to snub the media.

Nobel Peace Prize laureates who have attended the ceremony but not given a news conference include U.S. President Barack Obama in 2009.

Olav Njoelstad, Secretary of the Norwegian Nobel Committee, told Reuters that “we would very much have wanted him to engage with the press during his stay in Oslo.”

“We strongly believe that freedom of expression and a free and independent press are vital components of peace.”

“Moreover, some former Nobel Peace Prize laureates have received the prize in recognition of their efforts in favour of these very rights and freedoms,” said Njoelstad.

Abiy’s spokeswoman, Billene Seyoum told Reuters that the PM had to make priorities given the “extensive programme” and his responsibilities back home.

“It is quite challenging for a sitting Head of State to dedicate that many days, particularly where domestic issues are pressing and warrant attention.

Therefore, the Prime Minister will be attending essential and prioritised programs, agreed upon in consultation with the Nobel Institute, to honour and respect the Nobel tradition.”

Abiy Ahmed was awarded the Nobel for his efforts to “achieve peace and international cooperation” within the East African sub-region.

American rapper Cardi B in Africa for Nigeria, Ghana events