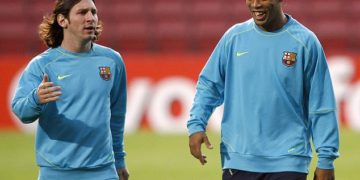 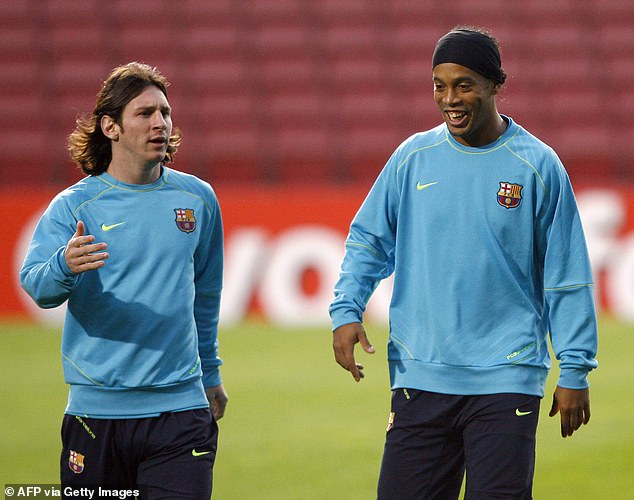 Ronaldinho has claimed he ‘finds it difficult’ to call former Barcelona team-mate Lionel Messi the best player of all time.

The Argentine won the sixth Ballon d’Or of his staggering career earlier this month and continues to deliver dazzling performances for Barcelona.

But Ronaldinho, who won the Ballon d’Or in 2005 and played with Messi for four years at the Nou Camp, says he cannot describe his ex-colleague as the the greatest footballer of all time.

‘I’m glad Messi won the Ballon d’Or,’ he told Marca. ‘We were also friends during our time at Barcelona.

‘But I don’t like to compare, and I find it difficult to say he is the best of all time.’

Instead, Ronaldinho believes Messi faces competition for that title from the likes of fellow Brazilians Pele and Ronaldo, as well as Argentine legend Diego Maradona.

‘There were [Diego] Maradona, Pele, Ronaldo… it’s hard to say that Messi is the best throughout the history of football,’ he added.