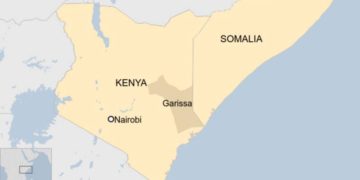 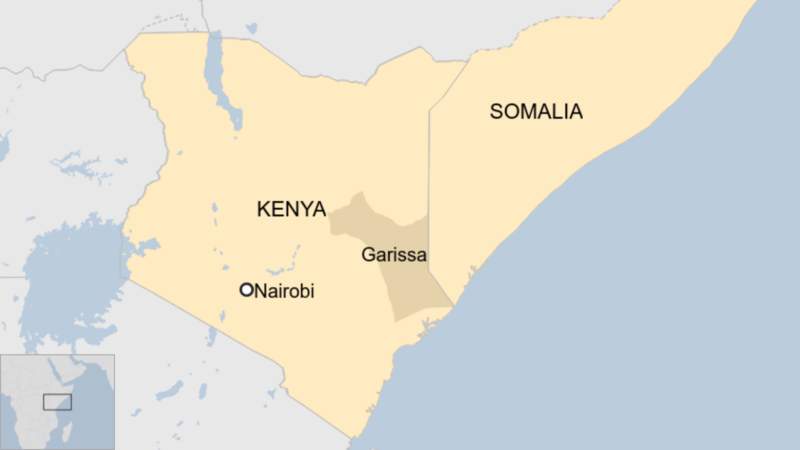 Kenyan officials said the attack was carried out by Al Shabaab militants who were targeting a communication mast and a police camp in the area.

Barely a week ago, the same militants based in Somalia launched at attack that killed four pupils from Saretho Primary School in Garissa.

Previous attacks in Kenya’s North Eastern region on teachers have led to mass exodus of teachers from the region.

Al-shabab continues to launch attacks across the East African region especially in Somalia and Kenya.

The group continues to fight to overthrow a UN-backed government in Somalia in order to impose strict Islamic law.

But it has lost control of many towns and cities to a 22,000-strong African Union force supporting the government.

Al-shabaab is linked to al-Qaeda and still has a strong presence in many rural areas in Somalia.