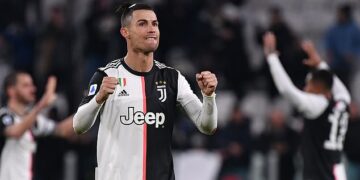 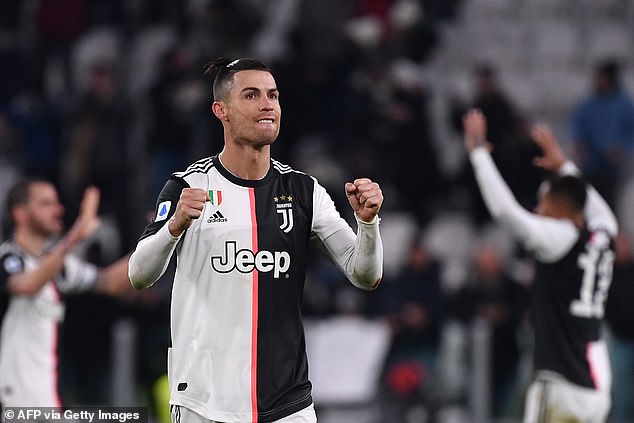 Cristiano Ronaldo moved into fifth spot on the list of all-time record goalscorers this week, after the Portuguese superstar followed a brace in Juventus’ victory against Parma with another goal against Roma.

The 34-year-old stretched his formidable scoring streak to seven straight Serie A games after firing the Turin giants four points clear at the division’s summit before starring in the Copa Italia, and moved one step closer to topping the all-time scoring chart in the process.

Ronaldo has recorded a staggering 737 goals in 1,029 games at the highest level, and will have ambitions of edging ahead of the likes of Ferenc Puskas, Pele and Romario.

Sportsmail takes a look at the top 10 top goalscorers of all time, according to research by the Rec.Sport.Soccer Statistics Foundation.

The former Manchester United and Real Madrid attacker has edged two goals clear of Germany legend Gerd Muller, who hit the back of the net 735 times during an esteemed career for both club and country.

Ronaldo firmly ensured a spot in the pantheon of the sport’s greatest ever scorers after reaching a milestone of 700 goals last October, and has since continued to break further records.

His formidable consistency both inside and outside the penalty area saw him ease into the top 10.

Currently in 10th spot is Tulio Maravilha, who netted 575 goals during a career that incredibly spanned over 30 clubs.

During his 24-year spell on the field, Maravilha also netted 13 times in just 15 appearances for Brazil – with the national team never losing a game in which he featured between 1990 and 1995.

His journeyman career in Brazil resulted in a particularly prolific year, 1995, with Botafogo, when he scored 67 goals.

A complete contrast to Maravilha, Seeler largely represented the same club and netted a further 43 times in 73 caps for his country.

Ronaldo is also ahead of his great rival Lionel Messi, who can be found in seventh place.

The six-time Ballon d’Or winner, who fought off stern competition from Ronaldo and Virgil van Dijk to clinch that coveted prize last year, stands alongside his Portuguese rival as the only other player in the top 10 currently still in action.

Ahead of Ronaldo and Muller stands Puskas, renowned for donning the jersey for two of the greatest teams of all time.

The Hungarian legend was the focal point for the ‘Magnificent Magyars’ national team, as well as the Real Madrid outfit that lifted the 1960 European Cup. The award given to the best goal of the year is infamously named after him.

One of the most memorable players of all time, Pele, boasts a tight grip on third spot after notching 767 goals from 831 games. He also won the World Cup three times, and hung up his boots in 1977 after a trophy-laden career that spanned two decades.

His fellow Brazilian Romario boasts 772 goals from 994 games in second place although, similarly to Pele and Maravilha, claims he has netted over 1,000 times.

The world-renowned star triumphed in the 1994 World Cup with his nation, with most of his tally being struck in the Brazilian top flight.

But topping the standings is the little-known Josef Bican. A star throughout the 1930s, Bican racked up a so-far unmatched 805 goals, although the two-footed attacker’s tally from the 1952 campaign is believed to be partially missing.

Bican also featured on the international stage for three different countries, after playing for Austria between 1933 and 1936, Czechoslovakia from 1938 and 1949, and a single game for Bohemia and Moravia in 1939.

He helped Austria reach the semi-finals of the 1934 World Cup, and netted 534 goals in just 274 official fixtures for Slavia Prague during a nine-year spell.