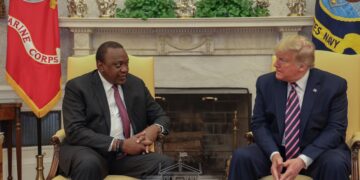 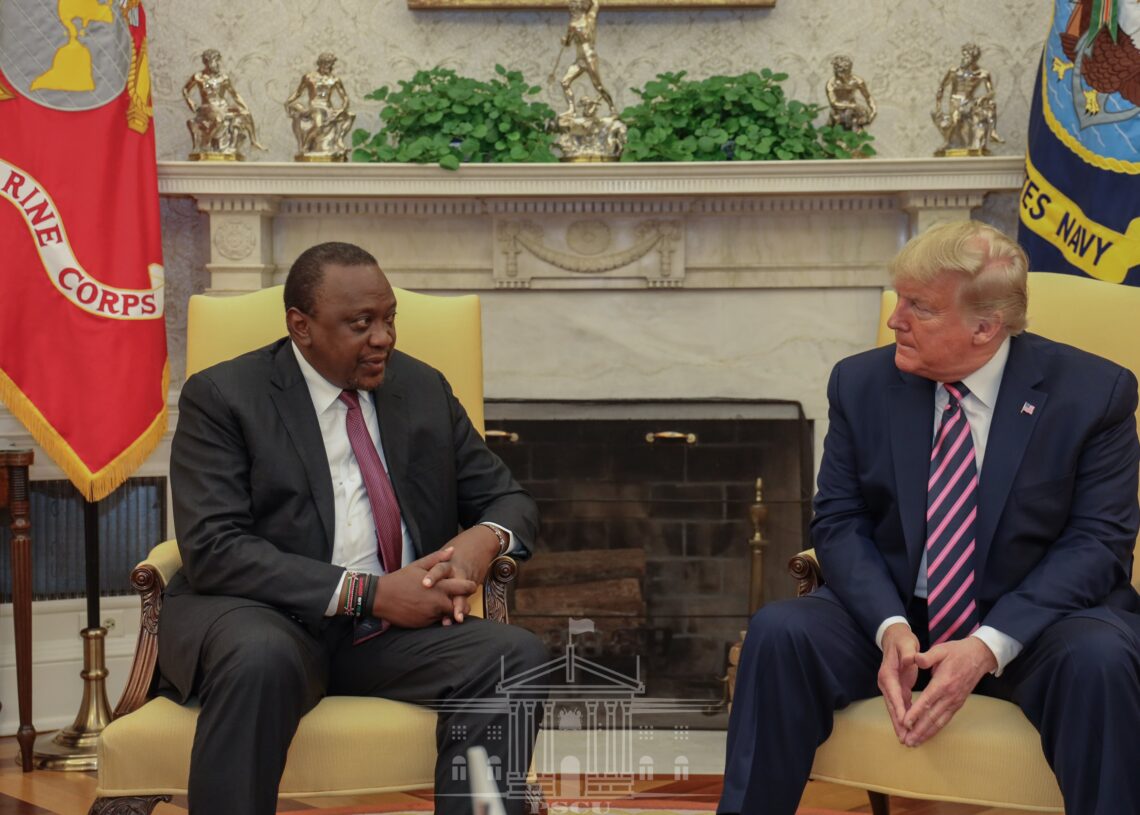 Kenya has incurred the wrath of the African Union for initiating a new solo trade deal talks with the United States of America.

The United States and Kenya opened talks over a new trade deal last week, a deal that is expected to increase trade volumes between the two nations.

Trade between Kenya and US amounts to roughly $1bn annually and there hopes this could increase should a new deal be struck.

U.S. Trade Representative Robert Lighthizer was asked by President Trump to issue a formal notification to Congress about the new trade deal talks.

Kenyatta before the White House meeting told a forum his country wants to secure its economic future ahead of the expiry of the U.S. Africa Growth and Opportunity Act.

The pact which allows sub-Saharan African countries to export thousands of products to the United States without tariffs or quotas runs until 2025.

But Kenya has been accused of ignoring rules governing the new African Continental Free Trade Agreement (AfCFTA) in its dealings with the US.

AU commissioner for trade and industry Albert Muchanga told journalists on the sidelines of AU Head of States Summit in Ethiopia, that Kenya must give a brief on its latest move.

”We have provisions in the AfCFTA which require a country to notify us when it intends to enter into a free-trade agreement. Any preferences given to a third party must also be accorded to other members of the continental trade body,” Muchanga said.

Many believe Kenya’s move to deal with the US could sabotage the new continental trade agenda which is expected to be implemented in July 2020.

Kenya’s President, Kenyatta might have anticipated such a criticism by telling his US audiences last week that a new trade deal with the USA would not undermine the African Continental Free Trade Agreement (AfCFTA).

“At this juncture I just want to put away a few doubts because there has been a feeling that by Kenya engaging with the US to have a trade arrangement, we are running away from our commitment to the African Continental Free Trade Arrangement,” President Kenyatta said, according to a statement from his office.

“I want to assure you that there can be nothing further from the truth as that is definitely not the case,” the statement added.

The free trade zone is considered a critical action to usher Africa into a new era of development. The African Continental Free Trade Area (CFTA) will have 54 African Union (AU) members.

This is why you should not use saliva as sex lubricant