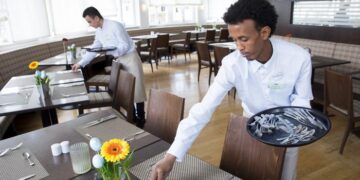 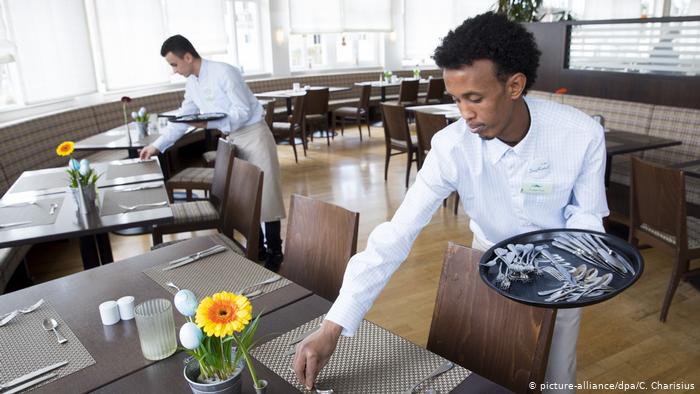 Germany’s top migration experts are asking that African migrants be made to pay cash deposit in exchange for temporary German work visas.

The panel of migrations experts proposed in a report published on Tuesday that the policy would reduce illegal migration to the European Union.

According to the Expert Council of German Foundations on Integration and Migration (SVR) when migrants from Africa are made to work temporarily in Germany, they could save money and gain skills and contacts.

Then once they make some income they could be motivated to work towards returning home when their German work visas expire.

Gaining a legal document such as a work visa will mean, better job offers and better living conditions, according to the experts.

Currently there are many illegal African migrants who do not have access to better jobs that can help them raise enough money to return to their home countries.

This is because they do not have legal documents such as working visas to access those jobs.

The experts say once these migrants decide to leave Germany on time, they should then be given back the deposit they made while working in the country.

Over 70 percent of Ghanaians and Nigerians want to migrate

SVR expert Panu Poutvaara said “Such a visa would allow the controlled immigration of employees without formal qualifications.”

Poutvaara added that “At the same time, it would be an instrument for cooperating with African governments.”

The experts believe African countries and the migrants would benefit greatly since returnees would have savings and new contacts to start new businesses and invest in those economies.

The experts of panel’s chairwoman Petra Bendel said people also immigrate for professional purposes, to receive education and training, as well as because of family or marriage.

“In Germany and Europe, we lack an understanding for the migration activity within and out of Africa,” Bendel said adding that “But only through a solid inventory of the situation will it be possible to shape migration together.”

The SVR is a non-partisan, interdisciplinary advisory council of experts focused on researching and providing policy advice on issues of migration and integration in Germany.

Antiviral spray that protects surfaces from Covid-19 goes on sale