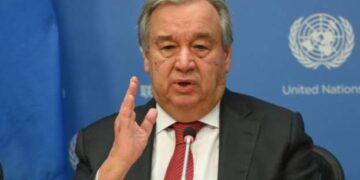 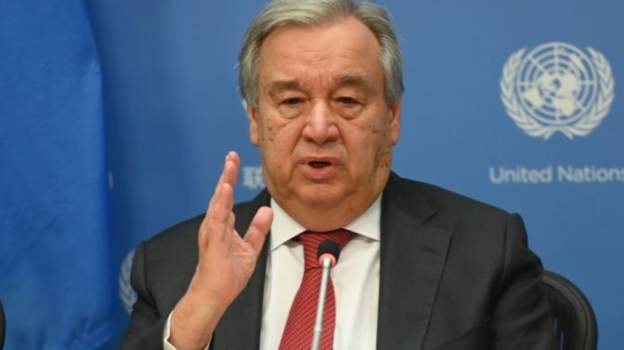 António Guterres warned it still might be early days for the pandemic in Africa. Photo: AFP

The Secretary General of the United Nations, António Guterres has said that Africa’s response to the coronavirus pandemic has many lessons for the rest of the world.

But there have been several predictions that the continent could become the epicenter of the pandemic with many deaths.

The World Health Organization has already estimated that the coronavirus could kill between 83,000 and 190,000 people in Africa if containment measures fail in the first year of the pandemic.

It also warned that between 29 million and 44 million could also be infected in the first year.

But Africa so far has reported lower cases than initially feared and lower deaths than the rest of the world.

In an interview with the RFL radio in France Guterres was quoted as saying that “Most African governments and organisations took in time very brave prevention measures which provide a lesson for some developed nations that did not.”

He adds that African countries “are also drawing on the experience of HIV/Aid and Ebola to debunk rumours and overcome mistrust of government, security forces and health workers.”

But the UN chief says it still early days for the pandemic in Africa and international help is still needed to strengthen health systems and food supplies on the continent to avoid a financial crisis.

Last month the United Nations warned that the current coronavirus pandemic was likely to kill at least 300,000 people in Africa.

The global body at the time said the pandemic could also push nearly 30 million people into poverty over the next 3 to 6 months.

The UN Economic Commission for Africa then called for a $100bn safety net for the continent as well as a halt to external debt payments.