How the Hawala system of transferring money works in Africa 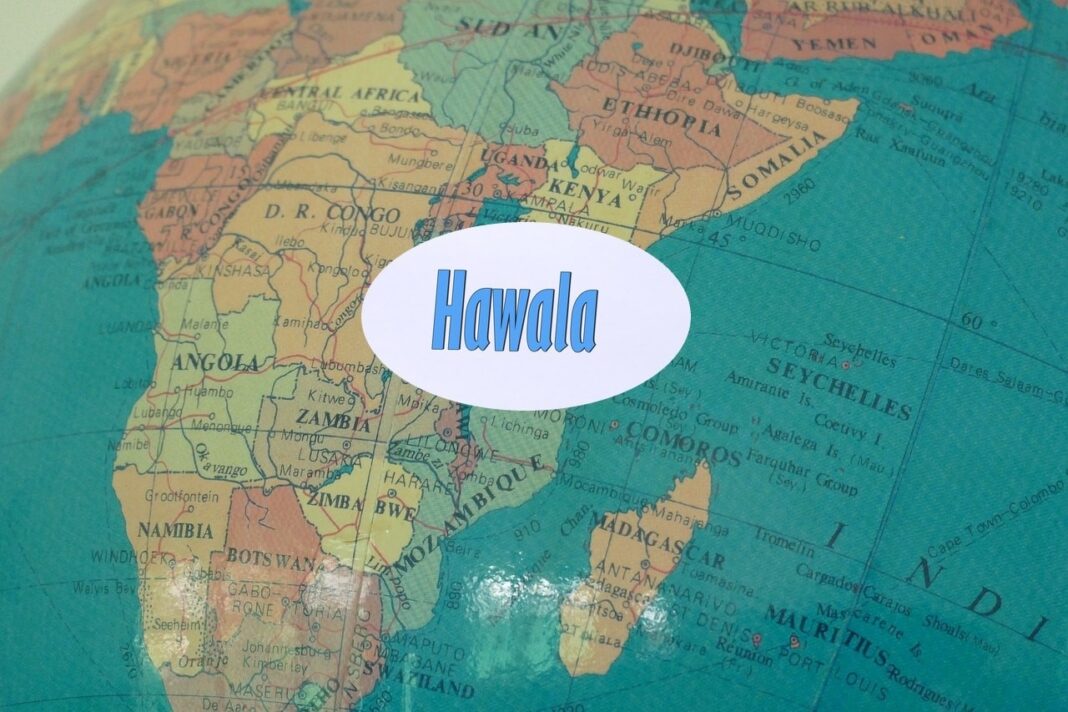 Some young people in some underprivileged communities in Zambia may not return to school this year, despite all education institutions having re-opened, because a...
Read more

Hawala is a process of transferring money from one country to the other without moving it physically.

The money transfer process involves trust and balancing of broker’s books; thus is made without promissory notes or other documentation.

It originated in the 8th century from South Asia as an alternative form of conducting money transfers through a network of hawala dealers.

It is highly used by migrant workers to send money frequently to their friends and relatives in their countries of origin.

The system is swifter than formal money transfer systems; due to lack of bureaucracy; thus, the commission rates are lower, which facilitates the flow of money in developing countries where banking is expensive or difficult to access.

Additionally, the personal relationship between hawaladars and their expatriates’ workers make the system convenient to use, in irregular hours.

Hawala Under the Anti-money Laundering Regulations

The fund transfer system has gained considerable attention in the past years with a substantial growth of remittances flows from countries with high immigration rates and has thus contributed to money laundering and has financed terrorism.

Hawala contributes to other criminal offenses, which include tax fraud, corruption, and currency offenses since the system fraudsters are part of well-developed criminal networks to enable illegal activities.

Initially, it aimed at meeting local people’s remittances needs. As the system grows stronger, it becomes attractive to criminals and therefore represents a high level of money laundering and terrorist financing risks.

Criminals who control the money transfer system operate large transactions between persons that don’t share the same geographical regions. They send money to countries with developed banking systems. The following are reasons why the system is perfect for breeding money laundering criminals;

• There are alternative remittances providers to transfer money outside financial institutions.

• The money transfer process is fast.

In the wake of heightened efforts to fight against money laundering and terrorism financing acts, more effort should be directed to combat this system to avoid the misuse of illicit groups. The potential anonymity of clients during transactions presents a high money laundering risk that needs addressing.

The anti-money laundering organizations need to approach it in a more realistic and practical assessment by first identifying the specific geographical location in which the criminals operate.

The different anti-money laundering regulations in various countries make it impractical to regulate the fund transfer system; in some countries, it is prohibited while in some, it is not. Policymakers need to either license or come up with registration policies for the system to make the regulation process more effective.

However, the formal banking sector also needs to improve the quality of its service and reduce the charged fee, to compete with the informal remittance systems, as long as people find reasons to prefer such systems, Hawala will continually multiply and exist.

How the Hawala fund Transfer System Works in Africa

Hawala means transferring money from one country to another, without actually moving it, and the best way to understand the policy is by examining a transaction.

Assume that Mr. John is an employee in the US, and he wants to send money to his parents staying in Africa. His first stop is a major bank where he will be required to open a bank account, and they will also charge him to send a bank draft.

John can get a better deal through hawala and talks to Peter, a taxi-driver who is also a part-time hawadar. Peter offers him a commission for handling the transaction and a minimal delivery fee; thus, John agrees to give him the money he wants his parents to receive along with their details and a passcode.

Peter will then call James a Hawala dealer in the city where John’s parents live and ask him to remit the amount to them if they state a correct passcode.

James transfers the required amount of money to John’s parents after deducting commission, and now Peter owes John. The two hawaladars will later settle their dues with the help of cash transport, bank transfers, or gold smuggling.

John’s parents can receive the money in a span of few hours, and in extreme cases, it takes around two to three days. From the transaction, we get the following features of a hawala funds transfer system;

• The operation includes both legitimate and illegitimate ones.

• It relies on the concept of reputation and trust.

• There are no banks involved, and there is no physical movement of cash.

• It is a side business for most hawaladars.

The Hawala fund transfer system operates in various methods; shell companies are incorporated where there is no commercial substance to conceal parties behind the transaction.

The system also integrates companies in disguise to carry out a business activity as they cover other illegal operations. It can also apply the electronic funds’ transfer, whereby an automatic nominee carries out the transaction on their behalf. It also involves smurfing, whereby large transactions get split into smaller operations to avoid raising suspicions.

1. A customer gives a Hawala agent the amount of money he wants to transfer to a different city or country. The client is an immigrant worker hoping to send some money to his family in Africa or an agency sending project money to a team operating in remote areas.

2. The hawalador contacts an agent in that particular city or country; he has a broad network of contacts all over the world and runs another business in addition to the financial services.

3. The agent requests his contact to deliver money to the required address. He provides details about the recipient’s email, name, address, and telephone number then promises to settle the debt later. The client receives an identification code for the transaction.

4. The hawala agent in the recipient’s city or country delivers the money to the required address. The recipient then receives full funds using the identification code instead of legal documents.

5. The Hawala agent who delivered the cash to the beneficiary recovers the money from the first agent. The payment uses other alternative systems like banking services or through a courier who brings the funds.

Where is the Hawala System used in Africa?

Hawala is a popular system of funds transfer in some African countries like Somalia, with the dissolution of the countries’ formal banking system, informal funds operators rose.

Hawaladors are responsible for most shipments in the country, most of which come from people working outside Somalia. It is a lifeline for most people in Somalia, and the remittances cater to necessities; like healthcare, food, and education.

Remittances companies all over the globe transfer money to various Africa countries, including Kenya, Ethiopia, Djibouti, Eritrea, Nigeria, and Sudan.

After the Tuareg rebellion in Mali, the country’s formal money transfer services got profoundly affected, and the coping mechanism was to partner with the hawala system. The Hawala agents operate in remote areas in these African countries, which are out of reach of the formal financial sector.

Mobile banking and payment platforms (money transfer apps) are revolutionizing the financial system in some African countries and other states globally, as an ethical and legal alternative to the Hawala system. It is a cheaper method that helps you to avoid the steep high interest and exchange bank rates, just like the Hawala system.

Unlike the Hawala system, these apps are secure; financial regulations protect the transactions.

These apps keep track of the remitted money, which is useful in controlling money laundering practices.

It is a convenient way for the users, and it is available wherever you are, provided that you have a good internet connection, thus saves time and hustle of bank queues. It is also pervasive covering everything, including utility bills, school fees, taxes, and facilitates secure international transfers.

Some of these apps include the Worldremit, an online money transfer service that provides secure remittance services, which allows you to send money overseas.

Azimo app also offers a digital alternative to the Hawala system, which will enable users to send money from the USA to their friends and family in African countries like Nigeria, Algeria, and Chad.

There are other mobile apps that one can use as an alternative to the Hawala system like Xoom, a new money transfer mechanism which allows you to pay bills, reload phone and send money easily from the USA to your desired destinations in Africa.

Wave is another incredible money transfer app that provides a secure way to send money to African countries like Kenya, Ghana, Uganda, or Tanzania.

Forex trading in SA and the collapse of JP Markets: Reasons to be cheerful

Until recently, JP Markets was one of the largest Forex brokers in South Africa. The company’s literature was full of audacious statements, proclaiming the...
Read more
Health & Environment

Xenophobic sentiments against foreigners in South Africa have emerged once again among locals. The hashtag #NigeriansMustGo has been trending on social media in South Africa...
Read more
World