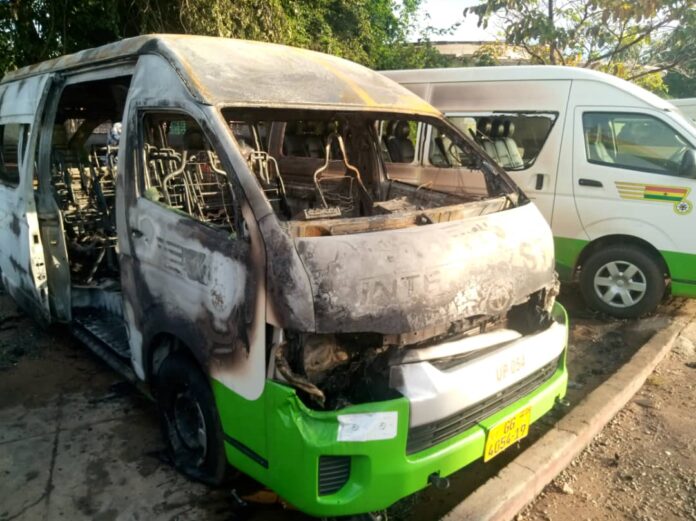 Some persons suspected to be members of Ghana’s secessionist group called the Western Togoland study group foundation have burnt down a state transport terminal and some vehicles in the Volta Region of Ghana.

The assailants who fired gun shots also attacked some drivers who were spending the night in the bus terminal.

Several drivers are traumatized after the attackers pointed guns at them to go down on their knees.

Some of the drivers have sustained injuries.

Security personnel made up of police and the military have since visited the yard and secured the place.

The attackers reportedly did not give a reason for their action but one of the drivers said he saw a flag similar to what the secessionist campaigners have been carrying around as Western Togolanders.

The management of the Intercity STC in Ho has temporarily halted operations after the incident. 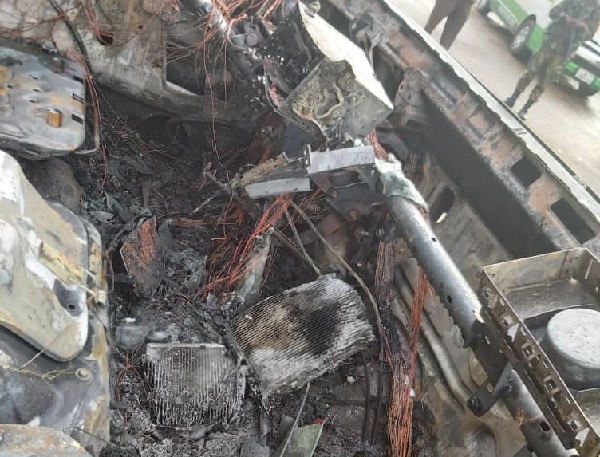 They also took over police stations and seized vehicles and weapons. So far some 31 persons have been arrested and arraigned.

They have provisionally been charged with conspiracy to attend a prohibited meeting, unlawful gathering and rioting.

Aggrieved residents of the disputed territory claim the processes that led to their merger with the then Gold Coast now Ghana were flawed.

They also claim that the Volta region lacked needed development hence the need to be an independent country on its own.

Leaders of the group declared independence for the territory on November 16, 2019 calling it the “Western Togoland”.