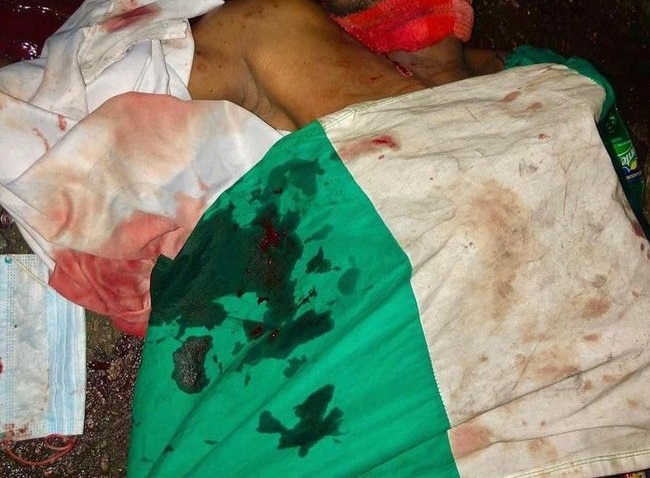 At least 49 people have been reported dead on Tuesday when ongoing protests against police brutalities in Nigeria turned bloody.

The #EndSARS protests across Nigeria worsened on Tuesday with 43 protesters and six policemen losing their lives, local media reported.

Protesters have been calling for the disbandment of the Special Anti-Robbery Squad of the Nigeria Police.

The decision to replace that unit with another one called the Special Weapons and Tactics (Swat) to carry out the duties handled by the Sars hasn’t been received well.

Peaceful demonstrations across the country since October 8 have continued but on Tuesday there were reports of soldiers shooting unarmed protesters in Lagos state amid a curfew.

In Lagos alone, no fewer than 29 people, including two policemen, were killed during shootings.

The shootings at the Lekki tollgate also led to several deaths but it is unclear how many died in that incident.

Some eyewitnesses say at least twelve people died in the Lekki tollgate incident with Amnesty International confirming reports of fatalities.

Amnesty International has received credible but disturbing evidence of excessive use of force occasioning deaths of protesters at Lekki toll gate in Lagos. #EndSARS #Lekki #Nigeria

Nigeria’s army has however denied reports that its soldiers shot protesters, killing them in the process.

Meanwhile in a statement The Lagos State Government said it “has ordered an investigation into the incident.

Governor Babajide Sanwo-Olu has advised the security agents not to arrest anyone on account of the curfew, which he urges residents to observe for the peaceful atmosphere we all cherish.”

It has taken me this long to make a statement because I have to prioritize the welfare of the victims of this very sad incident. pic.twitter.com/jH18PPXnkr

The governor later told a TV broadcast that no one died in the Lekki tollgate shooting incident.

The governor of the state where the #LekkiMassacre happened just lied on National TV.