A year like no other: A look back at African football in 2020 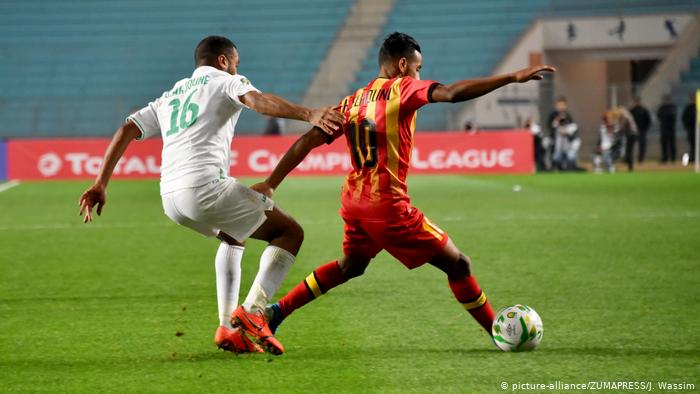 2020 was a year like no other, with the global pandemic bringing almost every activity to a crashing halt, but we still managed to squeeze in some football.

There were several cancellations and postponements, including the Africa Cup of Nations, which was shifted from June 2021 to January 2022.

The competition will still be staged in Cameroon.

The African Nations Championship (CHAN), the continental tournament for home-based players, was also moved from April 2020 to January 2021. That event will also be hosted by Cameroon.

Going by the initial schedule, the 24 participating teams for the next AFCON should have been confirmed by now, but qualifying matches are yet to be concluded, and will filter into 2021.

The 2020 international football season was originally set to begin in March, but that became impossible as the global lockdown hit full speed around that period.

The round-robin phase of the AFCON qualifiers, which began with two matchdays in November 2019, did not resume until November 2020 with matchdays three and four.

Upon resumption, four teams were able to book their tickets to Cameroon 2022, with Algeria, Senegal, Tunisia and Mali all joining tournament hosts, Cameroon in the continent’s showpiece football event.

The Teranga Lions of Senegal are the only team with a 100% record in the qualifiers, beating Guinea-Bissau home and away in November to register 12 points from their four group matches.

The Lions will hope to go one step better than they managed in the last AFCON in 2019, when they were beaten by Algeria in the final.

Reigning champions, Algeria picked up four points from their two qualifying matches in November, beating Zimbabwe 3-1 in Algiers, and drawing 2-2 against the same opposition in the away leg.

Despite losing their perfect record in Zimbabwe, the Desert Foxes had done enough to confirm their spot in Cameroon.

Former champions, Morocco picked up two wins in November to move to the brink of qualification, while Egypt also recorded six points to make up for their stuttering start to the series. The Pharaohs, who had drawn their first two matches in the group, now have eight points and sit on top of Group G.

Egypt are level on points with surprise packages, Comoros Island, who recorded a massive win over Kenya in their latest outing in November to stand on the verge of a historic AFCON qualification.

Comoros are five points clear of Kenya going into the final two matchdays.

Kenyan coach, Jacob Ghost Mulee remains optimistic that his team can still bag one of the qualifying tickets from the group, but the coach may be alone in his beliefs!

Kenyans love their online betting, but not many fans will be backing the Harambee Stars to qualify on betting sites in Kenya!

The Black Stars of Ghana also have some work to do to secure qualification from Group C, after suffering a 1-0 defeat in Sudan on matchday 4.

Ghana still lead their group, but they have the same number of points as South Africa. Sudan are loitering around with six points heading into the final two matchdays of the series.

The top two teams in the group will qualify for the Cup of Nations.

Ghana’s West African rivals, Nigeria were far from their best in November, as they could only manage a couple of draws against Sierra Leone. Particularly surprising was a 4-4 draw in Benin City, where the Eagles incredibly surrendered a 4-0 lead.

Despite their troubles, Nigeria are still well-placed on top of Group L, and should be able to seal their AFCON berth next year.

Qualification is not as straightforward for Cote d’Ivoire in Group K, where all four teams are still in the running for a ticket to Cameroon.

The Ivorians were held to a draw in Madagascar in November, leaving both teams level on seven points on top of the group. Ethiopia are a point behind in third, while Niger Republic, with three points from their four matches, are still in with a mathematical chance of qualifying.

The next round of qualifiers will be played in March 2021.

2021 will be a very busy year, with the world cup qualifiers set to be fitted between May and November. Hence, any African team that qualifies for the 2022 World Cup in Qatar would have played eight qualifying matches between May 2021 and November 2021!

Senegal end 2020 as the best team on the continent, according to December’s FIFA rankings. The Senegalese are 20th in the world.

Tunisia are second in Africa, while African champions Algeria, Morocco and Nigeria complete the top five teams on the continent.

At club level, the Confederation of African Football (CAF) managed to complete their premier club competition, the CAF Champions League. Egyptian heavyweights, Al Ahly won the tournament for a ninth time, beating local rivals, Zamalek in a spectacular final in Cairo in November.

Moroccan outfit RS Berkane lifted the Confederation Cup with a 1-0 victory over Egypt’s Pyramids in October.

Could Saka still opt for the Nigeria national team?

Could Saka still opt for the Nigeria national team?