Morocco retain CHAN title with a 2-0 win over Mali 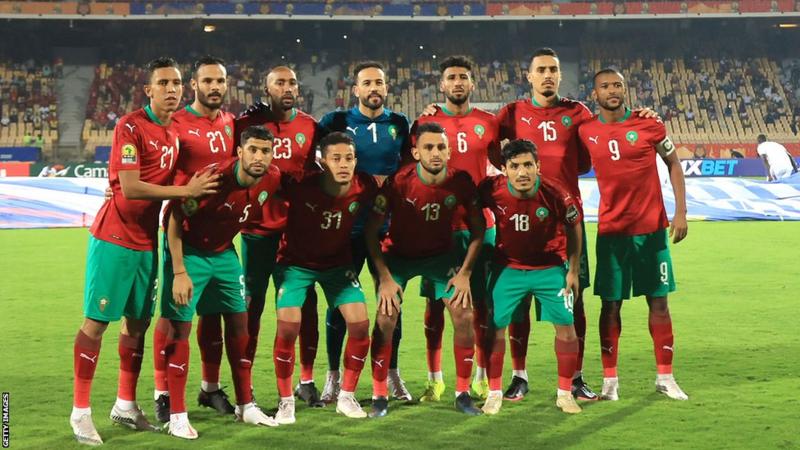 Morocco became the first team to successfully defend the African Nation Championship (CHAN) trophy with a 2-0 win over Mali in Cameroon.

The Moroccans were made to work hard for their win and both of their goals came from second-half corners in front of around 6,700 fans at the Ahmadou Ahidjo stadium in Yaounde.

Soufiane Bouftini headed home the first and that was followed up by another from Ayoub El Kaabi, who scored nine goals in 2018 to help Morocco win the title on home soil.

To make matters worse for Mali they finished the game with 10 after the dismissal of Issaka Samake for second yellow card, as the game went into injury time.

Initially Kenyan referee Peter Waweru cautioned and Morocco’s Mohammed Ali Bemammer before the Video Assistant Referee (VAR) recommended he looked at the pitch-side monitor and after a lengthy review he reversed his decision.

Mali had started the match on the front foot and seemed to surprise the Moroccans as they pushed forward and disrupted their passing game.

Some clumsy challenges from both sides in the opening 20 minutes and one of the resulting free kicks resulted in the first good chance of the match.

The ball was played short to Soufiane Rahimi on the edge of the area and his shot was well saved by the Mali captain and keeper Djigui Diarra and the lose ball was scrambled away by his defenders.

A few minutes later Mali’s Moussa Kone found himself in behind the defence but experienced keeper Anas Zniti spread himself to block the shot.

Morocco managed to start the second-half with more possession and created the early chances and after 55 minutes they claimed a penalty which the VAR eventually turned down.

Moments later Mali’s Sadio Kanoute will feel he should have done better as he rose highest to get his head on the ball but put it narrowly wide.

In the 63rd minute Moussa Kone was once again one on one with the keeper but Zniti made another excellent save.

The breakthrough came in the 69th minute as Bouftini headed home a corner that had been swung in by Omar Namsaoui.

Morocco’s second had a touch of fortune about it as the ball looked to have gone behind for a goal kick but the referee awarded a corner that was headed back across goal by Mohammed Ali Bemammer and nodded home by El Kaabi.

El Kaabi’s compatriot Soufiane Rahimi finished as the tournament’s top scorer with five goals, including a brace in the semi-final win over hosts Cameroon.