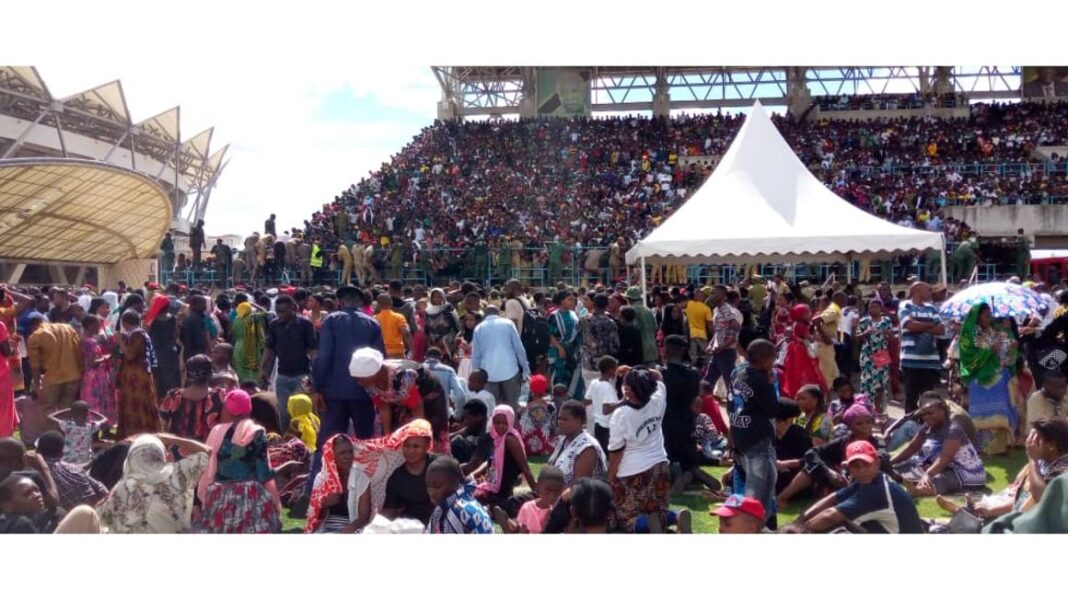 Several people are reported to have been killed in a stampede at the funeral of Tanzania’s former President John Magufuli.

There are indications the death toll could reach 40, with one family losing five members including children.

Police say tens of thousands of people turned up at a stadium in Dar es Salaam to view the body of the former president.

Many people also collapsed when the chaos erupted as some mourners braved security advice and forced their way into the stadium.

John Magufuli died this month from heart attack at a local hospital in Dar es Salaam this month, according to the government.

His state funeral held in the capital, Dodoma was attended by several African heads of state including the presidents of Kenya, South Africa, Zimbabwe, Comoros, Mozambique, Zambia and Democratic Republic of Congo.

Malawi’s President Lazarus Chakwera referred to him as “Africa’s finest son” whose “life of service” would be remembered.

South Africa’s President Cyril Ramaphosa also described him as a “true pan-Africanist” who was unapologetic about being an African.

“Swahili has been introduced in South African schools as a honour to the late President John Magufuli who insisted on its use,” Mr Ramaphosa said.

“Even in Botswana he expected us to speak Swahili…We too have introduced Swahili in our curricula,” Mr Masese added.