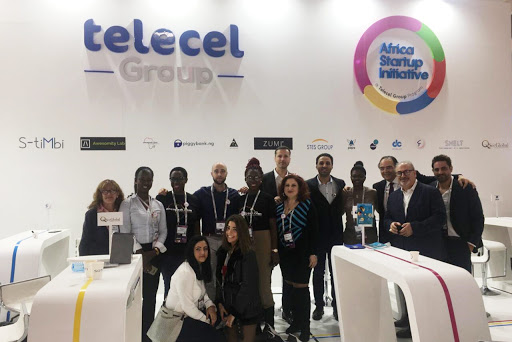 The founding members of the board are two accomplished female leaders who bring 55 years of combined experience – Eleanor Azar and Dale Mathias have been appointed as Director and Advisor to the Board respectively.

ASIP offers several programs to support earlier stage African startups whose innovative ideas are making a profound difference in their communities, with the aim of helping them to create successful companies at scale.

The two women’s expertise is a welcome addition to the newly launched ASIP Accelerator Program, which will select the top 10 startups from applicants across the continent.

Once selected, these startups get access to the Accelerator Squared platform, expert-led masterclasses, tailored mentorship from carefully selected mentors, introductions to investors from around the world, and opportunities to meet the leading corporates in their industries for pilot projects and potential partnerships.

Newly appointed ASIP Board Director, Eleanor Azar, also holds the position of Executive Deputy of the Board of Directors at Telecel Group and has enjoyed a career spent largely in the telecoms sector, spearheading mobile network operator commercial launches and operations in highly competitive markets throughout the Middle East and Africa.

Eleanor says she was motivated to join ASIP because of the program’s ethos, “This program allows us to support the communities where we work and to actually make a difference. There is so much talent in Africa, but it needs long-term support.

The future of business is in Africa – it is the oldest continent, but with the youngest population and the most disruptive ideas – and ASIP wants to be part of it.”

She explains that what sets ASIP apart from other programs is the knowledge it can bring to startups on the continent and, to this end, is putting in place an advisory board comprised of experts in array of business spheres from all over the world, including U.S.-based Dale Mathias.

With a career in finance and private investments spanning more than two decades, Dale Mathias brings a powerful voice to the advocacy work to address the barriers which small U.S. businesses (especially diverse and women-led companies) face in accessing capital for business formation and growth.

She is also a highly respected venture investor in African startups, and notably was one of the first investors into “Gro Intelligence”, which recently made the cover of Time Magazine’s 100 Most Influential Companies in the World.

ASIP could not ask for a more capable and well-positioned Advisor to take on this role. Dale says: “The ASIP initiative is a great addition to the African startup landscape and ecosystem. It will significantly facilitate and offer a platform for enterprising new firms to be introduced to the investment community.”

ASIP Accelerator is committed to identifying and scaling promising female entrepreneurs and founders, and one of the key roles played by Eleanor and Dale will be to actively recruit and inspire more female-led teams to apply.

Corporates wanting to join Eleanor Azar and Dale Mathias in scaling some of the most disruptive startups on the African continent are invited to enlist as Founding Partners in the ASIP Accelerator powered by Startupbootcamp AfriTech.

These Partners will have the rare opportunity to help determine the key challenge areas that will be the focus of the ASIP Accelerator Program’s startup scouting and sit on the exclusive selection committee that will choose the top 10 startups to participate. Additionally, they will have the chance to engage in curated pilot and proof of concept projects with select startups to accelerate innovation within their organizations.

For more information, go to http://asiprogram.com.