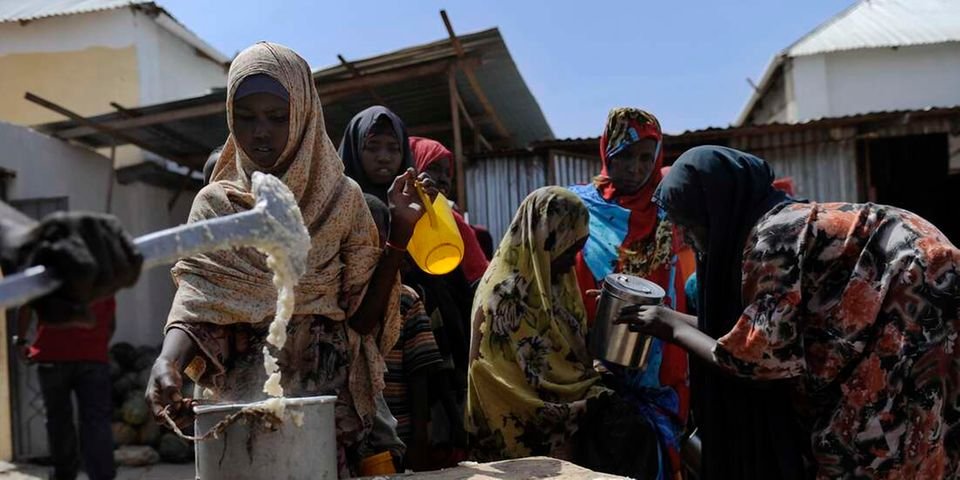 Drought and a rain deficit is pushing more than 2.73 million people in Somalia toward the crisis level of acute food insecurity, UN humanitarians said on Thursday.

The annual Gu rains of early spring came late in some parts of the country and were mainly below average, the UN Office for the Coordination of Humanitarian Affairs (Ocha) said. Subsiding in mid-May, the critical Gu crop planting season was significantly affected.

“Approximately 2.73 million to 2.83 million people across Somalia are expected to face crisis … or worse outcomes between April and September 2021, reflecting the deteriorating food security situation in the country,” the office said.

The government, consulting with the United Nations, on April 25 declared a drought. Moderate to severe drought conditions affected more than 80 per cent of the country.

A few days later, Gu rains started, but only in parts of the country, triggering riverine and flash flooding that affected 400,000 people, of whom 101,300 were displaced, Ocha said.

Humanitarian organizations continue to respond in locations with the highest needs, including distributing water and critical sanitation and hygiene material, non-food items, cash and food supplies, the office said.

The double climate disaster is in the context of decades of conflict and insecurity in Somalia.

A serious gap in relief funding remains for the humanitarian operation in the country, Ocha said.

The 2021 Somalia Humanitarian Response Plan requires 1.09 billion US dollars to assist 4 million people but is currently only 20 per cent funded.