How to ensure your brand lands with the right audience 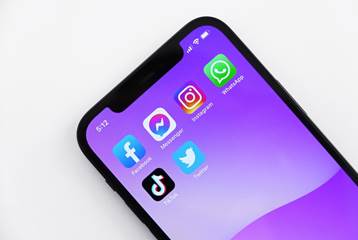 Did you know that, contrary to what one might think, older age groups are the fastest-growing segments of many social media platforms’ audiences?

Facebook, for example, saw users above the age of 65 increase by roughly 25% over the past year, while those aged 50 plus represent Snapchat’s fastest-growing audience segment.

“When brands decide that they want to be on social media, they first need to consider the ages of the audiences on each platform as this plays a massive part not only in the messaging they should use but the format thereof too,” says Alistair Errington, Sales Team Lead at Ad Dynamo – Africa’s leading media sales house.

He unpacks some of today’s most popular platforms and the typical age groups of audiences associated with each:

●     TikTok‘s ability to provide users with unrivalled creative freedom, self-expression and shareability to a global audience has made it the top platform with Gen Z. This functionality is important for a generation that has grown up with digital technology and highly values individual expression and inclusivity.

It’s for these reasons that, while choreographed dances and trending pop music tend to dominate the platform, Gen Z is also using TikTok as a means to voice opinions related to socio-economic and environmental issues.

One only needs to think about how the youth have taken to TikTok to express opinions on issues such as climate change and the Black Lives Matter movement.

●     Given the length of time it has been around, those who are a little older (Millennials) tend to be on Snapchat. These users – who are sometimes referred to as the ‘me generation’ – originally flocked to the platform for its ability to visually share their daily life before competitors like Instagram became more mainstream.

Over time, Millennials have grown more accustomed to the platform, and now prefer it as a means of forging more authentic and personal relationships online, as Snapchat has honed in on its person-to-person sharing ability.

However, the platform does captivate Gen Z too, due to the technology it uses and because this is a very visual generation. Globally, Gen Zers have grown up with this platform, so they know and trust it. They use it to connect with each other. Typically, Snapchat draws 18 to 34-year-olds.

●     Spotify has very much the same audience as Snapchat since it attracts users who have grown up with the understanding that services are now available to you for free in exchange for sponsorship, advertising or plug ins. This is very much part of Millennials’ lifestyle whereas older generations tend to prefer TV ads. But growth amongst Millennials has also been driven by Spotify’s ability to cater for the Millennial’s need for immediate gratification, which on-demand streaming platforms help fulfil.

●        The 20 – 35 age bracket favours Instagram as it not only is a visual medium, but it was one of the first platforms to make use of temporary content which is preferred by this generation. This makes it a primary platform for users to showcase their daily activities and lifestyle, which feeds directly into the Millennial preference for being ‘experience seekers’.

●        Twitter users position themselves as the first to break news and this has lent the platform to  older generations. For Baby Boomers, Twitter is a means to express their post-war idealism, while for Gen X, it’s a means of asserting one’s opinion and expressing one’s individualism. For these reasons, those over the age of 40 typically engage with Twitter.

●        Facebook has become quite popular amongst older generations especially as it is a way for them to connect with family and friends. In fact, Baby Boomers have increased their Facebook use by double digits since 2015, while younger generations, particularly Gen Z, are becoming increasingly averse to the platform in favour of competitors that offer temporary content.

Speaking of Gen Z, with this being one of the most sought-after markets for brands, Errington advises that their advertising must look as organic as possible. “You need to mirror the behaviour on platforms that Gen Z uses. For instance, if a certain behaviour is trending, the brand should echo this.

However, I do also believe that brands need to have foresight to be ahead of these trends and propagate the platform with their own movements and cultures. The best way to do this is by finding content or topics to bring back from the dead – reskinning it, making it their own, and reviving it.”

Looking at the next generation, also known as Generation Alpha, he believes that this demographic is being primed by platforms like TikTok to express themselves solely via video. “Snapchat introduced the idea of visual communication and TikTok solidified it. Generation Alpha knows nothing but video, so if a brand isn’t introducing camera marketing into its strategy, it will lose this generation.”

Errington notes that there are brands such as those in the banking, retail and automobile industries that have successfully marketed across platforms to reach the different generations at their various life stages. “This helps to build lifelong brand loyalty which can ultimately affect decision-making down the line.”

He concludes by saying: “Regardless of which platform marketers pick, they not only need to know who they are targeting, but what each platform lends itself to best and to match that with their strategy.”

5 Family heirlooms you can pass onto your next generation