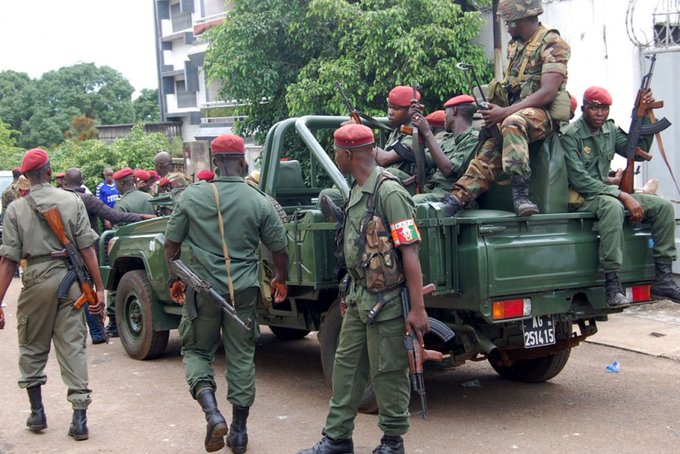 As leaders of the West African regional bloc Ecowas prepare to decide whether to sanction Guinea over recent military takeover, a former prime minister of the country has said it will be a bad idea.

Cellou Dalein Diallo who is also a leading opposition figure is asking ECOWAS not to impose economic sanctions on Guinea’s new military regime.

He told AFP that the recent coup is “welcome development” and that “The junta does not deserve to be sanctioned because it put an end to a situation of lawlessness.”

Guinea has already been suspended by ECOWAS and the African Union over the military coup.

The bloc has threatened economic sanctions if there is no return to constitutional rule sooner.

A fact-finding mission was sent to Guinea last week to engage with the junta leaders led by Lieutenant Colonel Mamady Doumbouya.

But Diallo who run against Alpha Conde three times in previous presidential elections said there were no other options left but a coup.

“The involvement of the army to end an illegal and illegitimate mandate was for me a welcome decision,” Diallo told AFP.

The opposition leader stressed that “Practically speaking, there was no longer any other recourse.”

“If (the junta) is really committed to moving towards constitutional order by organizing free and transparent elections in a reasonable time I don’t think it’s necessary to sanction them,” he said.

The coup makers have claimed they toppled Conde because of corruption, nepotism and constitutional violations among other reasons.

They have lifted the night curfew they imposed, reopened the country’s closed borders and appointed regional governors after dissolving Conde’s government and suspending the national constitution.

They have also pledged to set up a government of national unity.

The Guinea coup came as no surprise following the national division and violence that followed Conde’s controversial decision to change the constitution to pave for his election for third term last October.