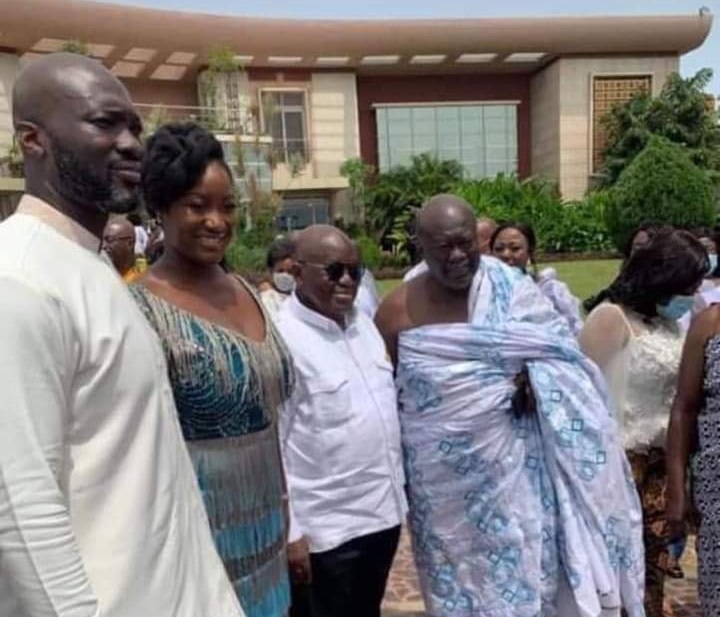 Some Ghanaians have taken to social media to criticize the use of the presidential villa to host the marriage ceremony of a daughter of their President Nana Akufo Addo.

The low profile event has been a subject of controversy after pictures and videos of the event went viral.

In a statement, pressure group Alliance for Social Equality and Public Accountability (ASEPA) said although there is no law that bars the president from hosting the marriage ceremony of his daughter at the villa, it leaves much to be desired.

“Even though there exist no specific regulations on the use of the Presidential Villa by Presidents, using the venue for such a private/personal family function of the President puts that ceremony at the same pedigree with events like the State Dinners organized for Prince Philip or Barack Obama or other Presidents when they visited Ghana and that is not only unacceptable and demeaning of the seat of Government, it also totally undermines our State Protocol system and could create a diplomatic mishap for Ghana in future” it said.

The statement questioned if the event was not financed by the tax payer as a state banquet.

And just like the renting of the Luxurious jet, we demand answers from Government on why the seat of Government of the Republic of Ghana has now been reduced to a wedding grounds for the President’s family members”, the statement said.

Some Ghanaians have taken to social media to criticize the decision.

Although the presidency has not commented on the development, supporters of the ruling government have described the criticism as unwarranted and baseless.