The presidential bid of the son of former Libyan leader, Muamar Gaddafi has sparked controversy in the North African nation.

Saif al-Islam Gaddafi has announced he is running for president in next month’s elections.

The election commission said on Sunday that Seif al-Islam completed “all the required legal conditions”.

Seif al-Islam Gaddafi “submitted… his candidacy for the presidential election to the High National Electoral Commission office in the city of Sebha,” it said in a statement.

This will be Libya’s first ever direct presidential election, with a first round slatted for December 24.

This election would mark the end of a process launched last year by the United Nations to try and bring an end to years of violence in Libya since the 2011 revolt.

Pictures showing Seif al-Islam dressed in a traditional bedouin robe and headdress were released by the election commission. He was then issued with a voter registration card for the southern Sebha district. 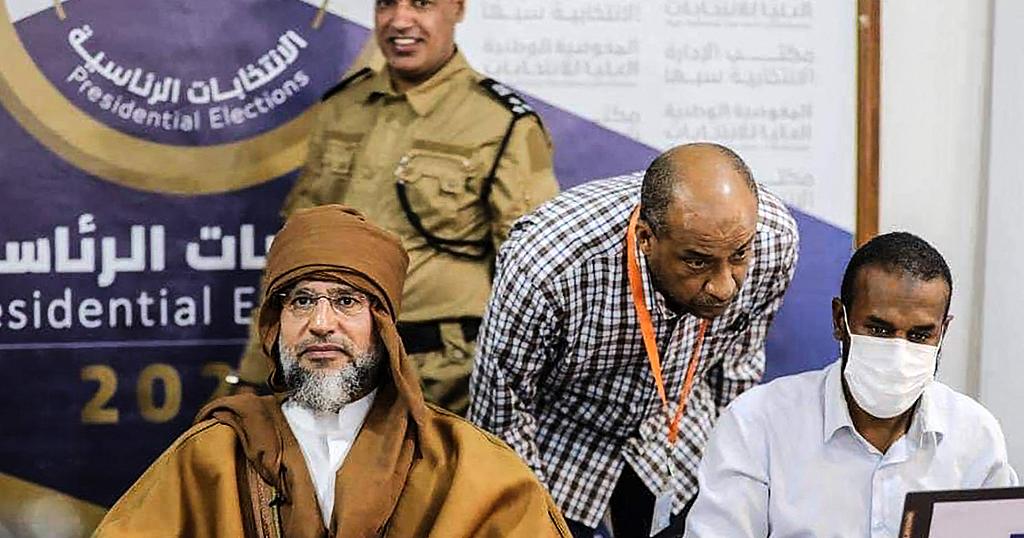 Libya has already opened registration for candidates in presidential and parliamentary polls.

Seif al-Islam who has a PhD from the London School of Economics was considered a reformer while his father was alive and in charge of the country.

But amid the 2011 protests in Libya, his status as a reformer collapsed when he backed his father’s reaction towards the protesters.

When his father was killed Saif al-Islam Gaddafi was held for six years. He received a death sentence but was later overturned.

He is still wanted on war crimes charges by the International Criminal Court.

On Monday though Libya’s military prosecutor said Mr Gaddafi’s presidential bid should be put on hold until his alleged crimes are fully investigated.

In July this year Seif al-Islam told The New York Times that he was planning a political comeback to “restore the lost unity” of Libya after a decade of chaos.

“I’ve been away from the Libyan people for 10 years. You need to come back slowly, slowly. Like a striptease. You need to play with their minds a little,” the paper quoted him as saying.