Around The World: Accra to host multicultural food and drink festival 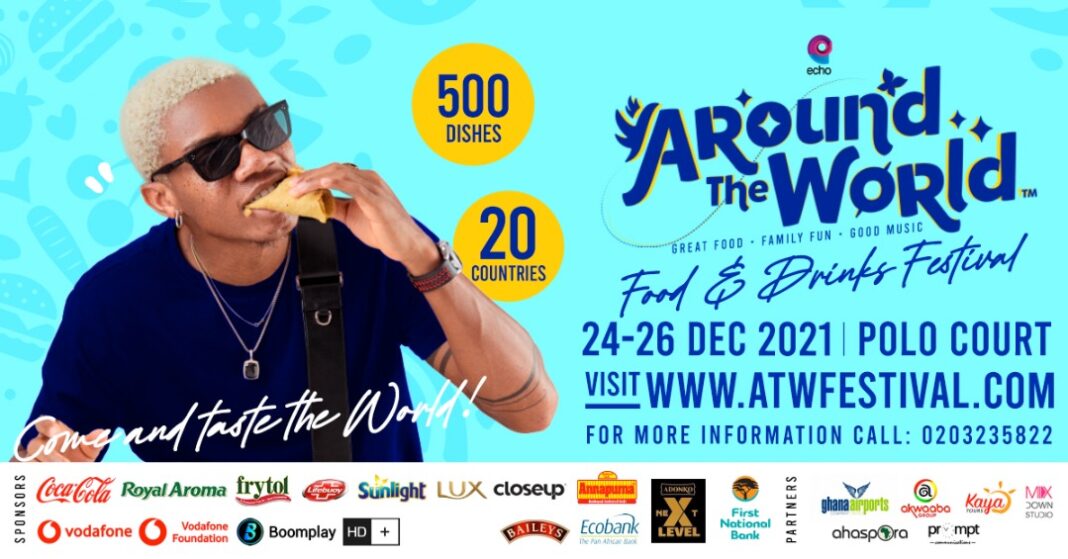 With just days to this year’s Christmas, EchoHouse Ghana Limited has announced it is hosting the biggest family event this holiday season called Around the World: Food and Drink Festival.

The maiden edition of the festival, which will be held on December 24, 25, and 26 at the Polo Court in Airport City, will feature some of the most amazing culinary cultures from all corners of the world brought to life by chefs who have spent their lives ensuring that food cultures are preserved and improved.

Some of the internationally recognised chefs and foodies who will be at the festival include Sweet Adjeley, Biishville, WhiteMoney of Big Brother Naija fame, Ify (Ify’s Kitchen), Chichi Yakubu, Abeiku Santana and many others.

In total, 500 culinary cultures from about 20 countries will be experienced at the Around the World: Food and Drink Festival. These are Ghana, Mexico, Jamaica, Italy, China, India, Nigeria, Cote d’Ivoire, Turkey, and Germany. Others include the United States of America, South Africa, France, Lebanon, Kenya, Liberia, Japan, Israel, Denmark, and the United Kingdom.

EchoHouse Ghana Limited, the organizers of Around the World: Food and Drink Festival bills the festival as a three-day festival for the foodie, the food-curious person, and a family or squad outing event during the 2021 Christmas weekend. 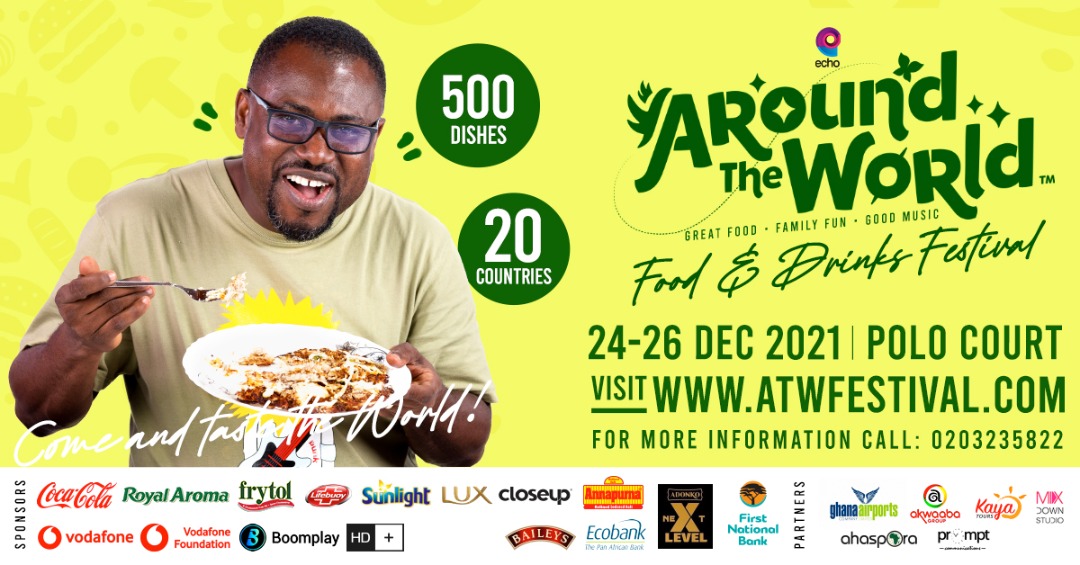 The festival will host 6 open access events such as Such World Music Buffet with KiDi and other international musicians, a Naija No Dey Carry Last event with WhiteMoney. Efya and Abeiku Santana, on their part, will turn on the Christmas charm during the festival. Efya will be leading a Carols in the Park event while Abeiku Santana will take on the job of Santa to give your kids an unforgettable Christmas experience.

Also, there will be a Kids Arena where your children, nieces, and nephews would have lots of fun in a new around the world playground.

As part of the festival, there will be exclusive events such as Brunches and all-you-can-eat buffets. As a food and drinks festival, experienced chefs such as Biishville and Sweet Adjeley will also hold various masterclass sessions to help you expand your cuisine repertoire.

Beryl Agyekum Ayaaba, the CEO of EchoHouse Ghana Limited said “Around the World: Food and Drinks Festival is a love letter to everyone who will be in Ghana this December or is looking for a reason to spend Christmas in Ghana and also wants briefly enjoy other countries.”

“In a matter of minutes, anybody who attends the festival on each of the three days will get the opportunity to savour food from countries they have never been to or they have been and wants to feed their nostalgia,” she added.

“Whether you are a Ghanaian or you have moved to Ghana for a vacation or business, Around The World: The Food and Drinks Festival is the place you would want to be to savour and have a taste of other countries without having to travel there,” she said.

“This is really a trip around the world in three days with food and drinks and reconnecting with family and friends during the festive season at the heart of it,” she continued.

Visit www.atwfestival.com or call 0203235822 to book your passport and get ready to travel around the world in three days. This festival is brought to you by EchoHouse Ghana Limited in collaboration with the various embassies in Ghana, Kaya Tours, Prompt Communication, and Akwaaba UK.