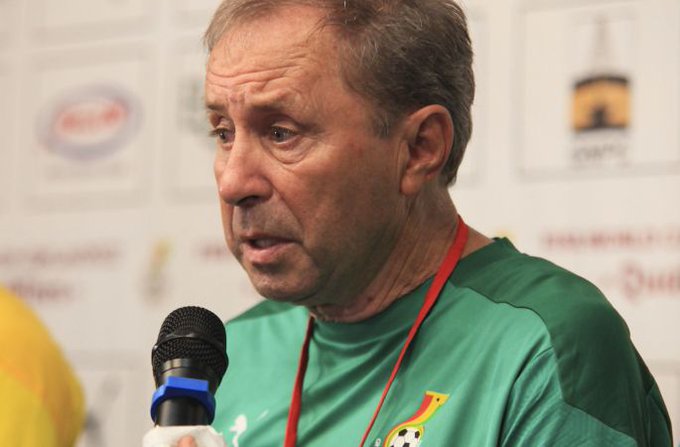 The Ghanaian team performed poorly at the ongoing Africa Cup of Nations tournament in Cameroon, exiting at the group stages.

#Ghana has sacked its national team coach, #Milovan Rajevac after the country’s poor showing at the #AFCON2021 . pic.twitter.com/PLAWGQ3mwO

The Serbian has now been relieved of his duties as Ghana prepares for its World Cup qualifiers in March.

Local media reported that the Sports Ministry of Ghana had directed the GFA to reconstitute the Management Committee of the Ghana Black Stars.

An emergency meeting was held between the Ministry and the Association on Friday.

At the meeting the black stars’ performance at the AFCON 2021 was discussed as well as preparations for the 2022 World Cup playoffs.

Ghanaians have been reacting to the news of the coach’s sacking.

How did anyone expect us to accept what Milovan Rajevac served us in Cameroon? How did anyone believe that they could talk us with excuses into believing after the evidence in Cameroon that we were going to get any better under the Serbian?

Milovan Rajevac at his unveiling said he had an unfinished business with Ghana.

I think his plan was to come and finish us completely!