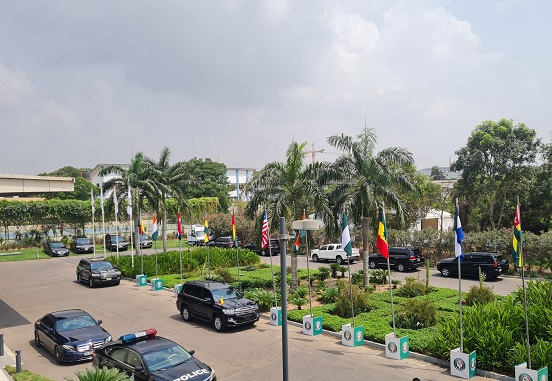 ECOWAS leaders have gathered in Ghana’s capital, Accra where they are meeting for the 61st ordinary session of the authority of heads of state and government.

The West African leaders are discussing several developments that have taken place in the sub-region over the past year as they forge a better future for the regional body.

At the summit a new set of ECOWAS commission officials would be taking over from the current set of officials whose tenure has now expired.

Ghana’s President Nana Akufo-Addo who is the current chair of the regional body will also be ending his tenure at the summit.

He held the chairmanship mandate for two terms and would not be renewed at the current summit.

The Ghanaian president opened the summit by stressing the impact of the Covid-19 pandemic on the sub-region and the subsequent disruptions the war in Ukraine also brought.

The war in Ukraine impacted negatively on food supply to many African countries with worsening economic effects.

Nana Akufo-Addo also reflected on the political instability in the sub-region with countries like Mali, Burkina Faso and Guinea still yet to have a stable and civilian-led democracies following coups by soldiers.

Sunday’s ECOWAS summit will also be discussing ways to tackle the issue of terrorism which has now moved away from the Sahel regions to countries along the coasts in West Africa.

ECOWAS is also hoping to deal with issues of climate change and the fight to have artefacts stolen from the continent of Africa returned.

Two ambassadors are to be appointed to handle these issues during the deliberations at the summit in Accra.