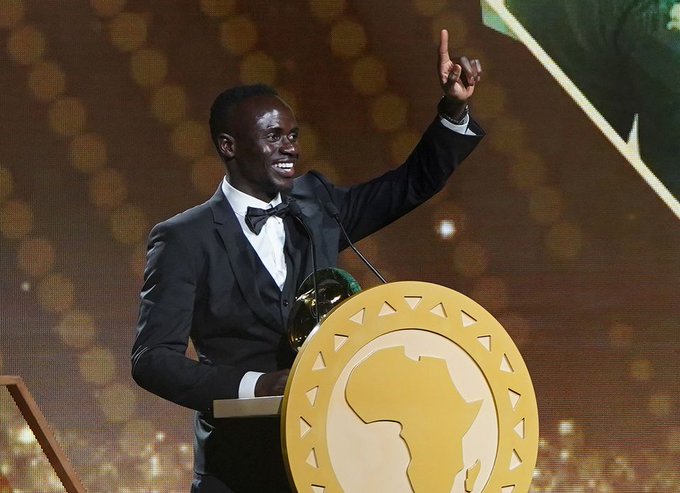 Senegal’s striker Sadio Mane has been named African Footballer of the Year for the second time running at the Confederation of African Football (Caf) awards ceremony held in the Moroccan capital Rabat.

Mane scored the winning penalty as Senegal beat Egypt in a shootout in this year’s Africa Cup of Nations final to lift the trophy for the first time.

This was the first time the awards are being held in three years after being suspended by the coronavirus pandemic.

Mane said after taking his award that he was “very, very happy to receive the trophy this year”.

“I thank the Senegalese people, and dedicate this trophy to the youth of my country,” added Mane.

Senegalese coach Aliou Cisse also won coach of the year and his team was also named men’s team of the year.

In the female category Nigeria’s Asisat Oshoala also retained the title she won in 2019.

“It’s a record-breaking night for me, as an individual and for Africa as a whole – I’ve got five today, five!” Oshoala said on the stage.

“2021-22 season was really tough for me as an individual, and I’d like to thank everyone who has stood by me.

“If you don’t fall, you don’t know the power of comeback and what comeback means,” Oshoala said.

South Africa coach Desiree Ellis was also named women’s coach of the year for the third time in a row, after previous successes in 2018 and 2019.