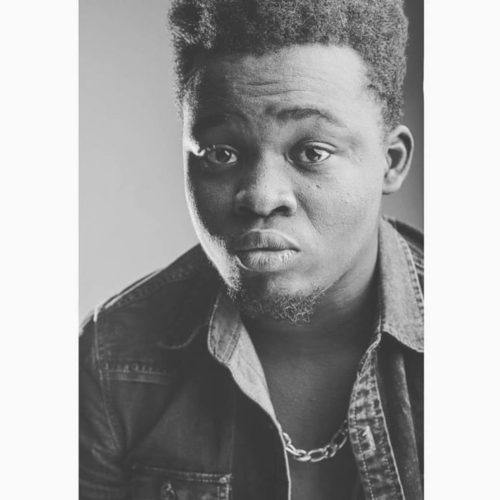 Ghanaian rapper Sarkodie’s ‘RNS (Rich Nigga Shi**t)’ song is no doubt a tune in the artiste’s career. Over 10 musicians did a remix or cover of the song.

The producer behind the hit single, John Dosunmu popularly known as M.O.G Beatz or M.O.G On The Beat speaks to Africa Feeds in an interview.

Africa Feeds: Why did you choose Sound Production as a focus?

M.O.G Beatz: “My love for music began to manifest itself from when I was about age fourteen years old.”

Africa Feeds: Aside Music, what do you do?

M.O.G Beatz: I completed the University of Ghana with a MSc in Petroleum Geoscience but decided and i decided to move into music full-time. For now, my focus is on music.

Africa Feeds: What’s your inspirations as a producer?

M.O.G Beatz:  “Ah, my inspiration is my mom. She’s been supportive from day one. She sometimes sit by me in the studio and what really inspire me to yell for more is that she always ask me to put in more time and remember God in everything I do. She’s my inspiration”.

Africa Feeds: Which artist do you enjoy working with?

M.O.G Beatz: “Sark of course, Sarkodie is the man. I love Sark. We share the same vision. Before his hit banger RNS, he call me and was like: “M.O.G, we need some serious banger like advise to the youth. I went on to work hard and came up with the beat for RNS which hit the airwaves of Ghana and also went on to be among the best songs of 2016”.

Africa Feeds: What are your plans for this year?

M.O.G Beatz: This year, am focus on producing bangers after bangers. Its every producer dreams to produce good music and get the credit. This makes you feel like ” wow, I made it finally”.

Africa Feeds: How did you meet Sarkodie?

M.O.G Beatz: I met Sark through a recommendation from a fellow producer. He heard some of my beats and was like ” he’s a genius, I have to visit his studio and luck something crazy”. This is how it all began and we have worked on a lot of projects.

Africa Feeds: How does it feel like working with Sarkodie?

M.O.G Beatz: ” Sark or Obidi as I always call him is a cool person. He believes in dreams. He’s always ready to listen to new ideas and always contribute. Working with sark is a dream come through for me.

Africa Feeds: What is your advice for young producers out there?

M.O.G Beatz: Success isn’t easy. You have to push harder to make it. They should never give up. Focus and Prayers are the keys to success.

Africa Feeds: Thank you M.O.G, we wish you well in your career. We are proud of you.

M.O.G Beatz: Thank you for having me as well. God Bless you.

Share
Facebook
Twitter
WhatsApp
Linkedin
Previous articleIn Pictures: Behind the hawker hustle
Next articleIsa Sanusi: Why are some Nigerians so offended by an on-screen hug?
- Advertisement -