Gambian goalkeeper drowns in the Mediterranean 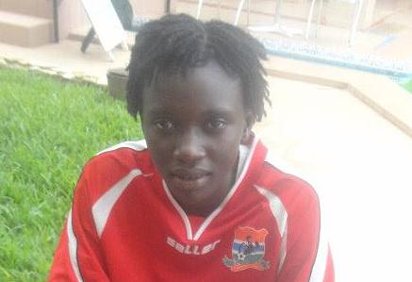 The 19-year-old goalkeeper of The Gambian national women’s football team drowned while crossing the Mediterranean in the hope of starting a new life in Europe, the president of the country’s football association has told the BBC.

The family of Fatim Jawara confirmed the news of her death, Lamin Kaba Bajo said.

She was on board a boat that ran into trouble in the Mediterranean last month while crossing from Libya to Europe, her former coach told AFP news agency.

A journalist for the agency has tweeted a photo of the young football star:

The goalkeeper of the Gambia’s national women’s side has died attempting to cross the Mediterranean to reach Europe. Fatim Jawara was 19. pic.twitter.com/XJ9HrPU8RD

The Gambia Football Association has issued a statement on the death of Fatim on its facebook page:

“The Gambia Football Federation has recently learned with deep shock and sympathy the passing away of former Red Scorpions and Gambia National Women Scorpions Goal keeper Fatim Jawara which sad event according to reports happened in Libya recently.

‘ I received the news today and it has really shocked me. The young girl is a talent and on the move for greener pastures but her passing away manner is just shocking and sympathetic. We at the GFF are very sad about the development and on behalf of the Football Federation, I want to send our condolences to the family of the girl and her former club Red Scorpions’, GFF PRESIDENT LAMIN KABBA BAJO said. Fatim was an integral member of the 2012 Women National Team to FIFA U-17 World Cup in Azerbaijan where she formed a core of Gambian team.

The deceased has also been a key member of the Red Scorpions FC where she plays as goal keeper for the side until recently when she decided to travel abroad. The Gambia Football Federation once again wishes to register it’s regrets and sincere condolences to the family of Fatim and prays that her soul rests in peace…”