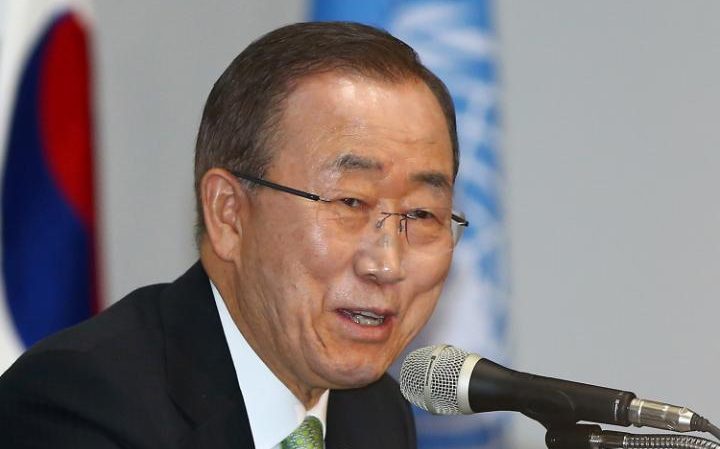 Russia on Thursday criticized U.N. chief Ban Ki-moon’s decision to fire a Kenyan peacekeeping commander in South Sudan as premature, saying the mission there was now “in ruins” after Kenya vowed to withdraw all its troops in response to the move.

Ban dismissed Lieutenant General Johnson Mogoa Kimani Ondieki after a U.N. inquiry into the response by peacekeepers to several days of violence in the capital Juba in July found a lack of leadership and that U.N. troops failed to protect civilians.

Kenya said it would withdraw some 1,000 troops deployed with the 13,000-strong peacekeeping mission in South Sudan, where U.N. peacekeepers have been deployed since 2011 when it gained independence from Sudan.

In an unusual move, Russia, a U.N. Security Council veto power, and Kenya publicly criticized Ban’s response to the report.

“For us the decision was premature,” Russia’s Deputy U.N. Ambassador Petr Illichev said. “We don’t have a special representative, she’s leaving, we don’t have a force commander. … The whole structure is in ruins.”

U.N. South Sudan envoy Ellen Loj is due to step down at the end of November.

The U.N. inquiry, released on Tuesday, found peacekeepers did not operate under a unified command and received multiple and sometimes conflicting orders. It said there was a “chaotic and ineffective” U.N. response.

Kenya U.N. Ambassador Macharia Kamau said his country had appealed to Ban not to single out any one individual for “what we will continually insist is a systemic failure in the United Nations system.”

“The secretary-general, in his lame-duck season, seems to have found the courage that has alluded him throughout his tenure by choosing to ignore Kenya’s plea,” Kamau told a news conference at the United Nations.

Ban steps down at the end of 2016 after serving two five-year terms.

The United States proposed on Thursday that the Security Council welcome the inquiry’s report, but diplomats said that China, backed by Russia, blocked the move. Such statements have to be agreed by consensus.

The U.N. inquiry had found that on two occasions Chinese peacekeepers abandoned their positions during the violence.

U.N. spokesman Stephane Dujarric defended the U.N. inquiry on Thursday, which he said was focused on U.N. decisions made during the several days of violence. Dozens of civilians and two Chinese peacekeepers were killed during the fighting.

The U.S. ambassador to the United Nations, Samantha Power, acknowledged the difficult and dangerous circumstances faced by peacekeepers in South Sudan, but said the failure to act by U.N. troops “revealed systemic shortcomings in UNMISS.”

“It is clear from the U.N.’s investigation that when civilians were in desperate need of help, their pleas were ignored, and the human costs were horrific,” Power said in a statement.

Political rivalry in South Sudan between Kiir, an ethnic Dinka, and his former deputy Machar, a Nuer, led to civil war in 2013 that has often followed ethnic lines. The pair signed a shaky peace deal a year ago, but fighting has continued. Machar fled South Sudan following the fighting in July.