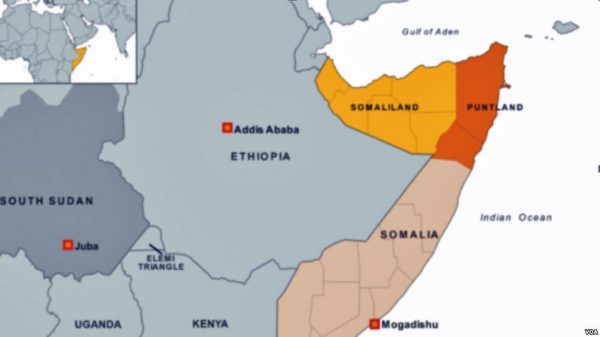 At least 29 people have been killed in fighting between militias in Somalia’s central Galkayo city, according to the Reuters news agency.

Officials in Somalia say more than 50 people have also sustained various degrees of injuries in the conflict which took place on Sunday.

16 soldiers serving in the region of Puntland were killed while 30 of them had been wounded in the fight.

The mayor of southern Galkayo Hirsi Yusuf Barre said the region of Galmudug had 13 soldiers killed and 20 wounded.

The Puntland and Galmudug regions have on several occasions clashed in the past with the latest erupting following a disagreement over buildings planned in Galkayo.